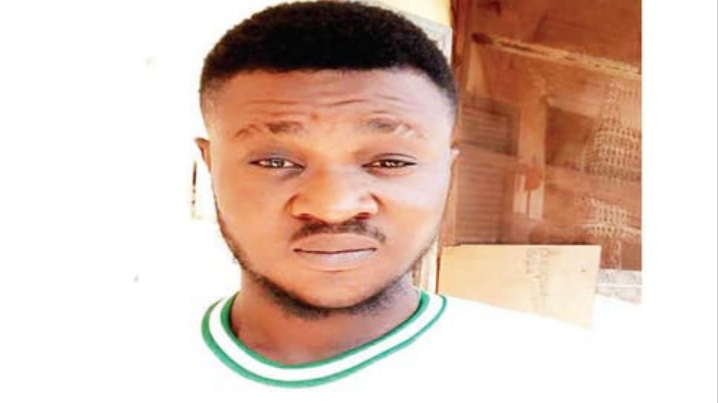 Following a disagreement with three men whose identities are still unknown as at the time of filing this report, a 30-year-old poultry farmer, Afeez Kegbeyale has been stabbed to death in Erin Osun.

WITHIN NIGERIA learnt that the incident happened on Thursday, October 1, 2020.

The elder brother of the deceased, Saheed said the victim was on his way to his poultry farm around 8.15pm.

According to Saheed, the deceased, a graduate of Food Science Technology from the Federal Polytechnic, Offa, after completing his mandatory service in 2018, invested in poultry and had a farm in Erin Osun.

Saheed further revealed that his brother was on his way to feed the birds on the day of the incident.

He added that Afeez was on his motorcycle when he suddenly ran into a gridlock and while waiting for movement to resume, he exchanged hot words with three men, who were also on a motorcycle and heading in the same direction with him.

He explained that the men later followed the deceased and used their motorcycle to block his path.

Saheed stated, “There on the spot, the three men started beating him. And they later stabbed him in the chest and he died on the spot. Afeez was the last child of my mother.

“The deceased served at the Bauchi State Polytechnic in 2018. He was offered a job, but he didn’t take it and he returned home. He was initially engaged in commercial motorcycling.

“With the little money he raised, he established a farm in Erin Osun. On the day he was killed, he was on his way to the farm to feed his birds. As we speak, his corpse is in the morgue of LAUTECH in Osogbo. One of those involved has been arrested by the police.”

Speaking on the incident, the Police Public Relations Officer in the state, Yemisi Opalola said no arrest has been made in connection with the incident

She stated that a motorcyclist, who had not been identified, was stabbed to death around 8.30pm on Thursday, October 1, 2020, in Erin Osun, adding that efforts were on to arrest the perpetrators.