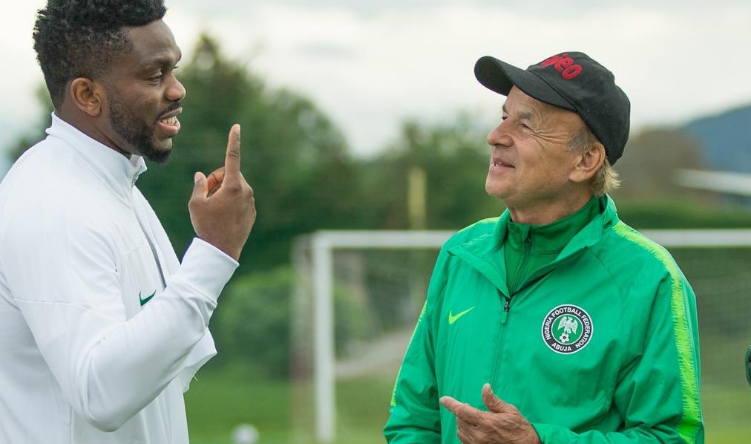 The 40-year-old – who captained the Super Eagles to a triumphant 2013 Africa Cup of Nations outing in South Africa – was named as Gernot Rohr’s assistant by the Nigeria Football Federation in February.

He was expected to make his managerial bow against Sierra Leone a month later, however, that did not materialise as the coronavirus pandemic placed all football related activities on hold.

The former Super Eagles captain, recently joined the squad in Austria for the friendly games against Algeria and Tunisia.

Sharing a photo of himself posing with head coach Gernot Roh, he wrote:

‘My life is better because of you’, Joseph Yobo celebrates…

Nigeria will face Algeria and Tunisia on Friday, October 9, and Tuesday, October 13, 2020, respectively in Austria.