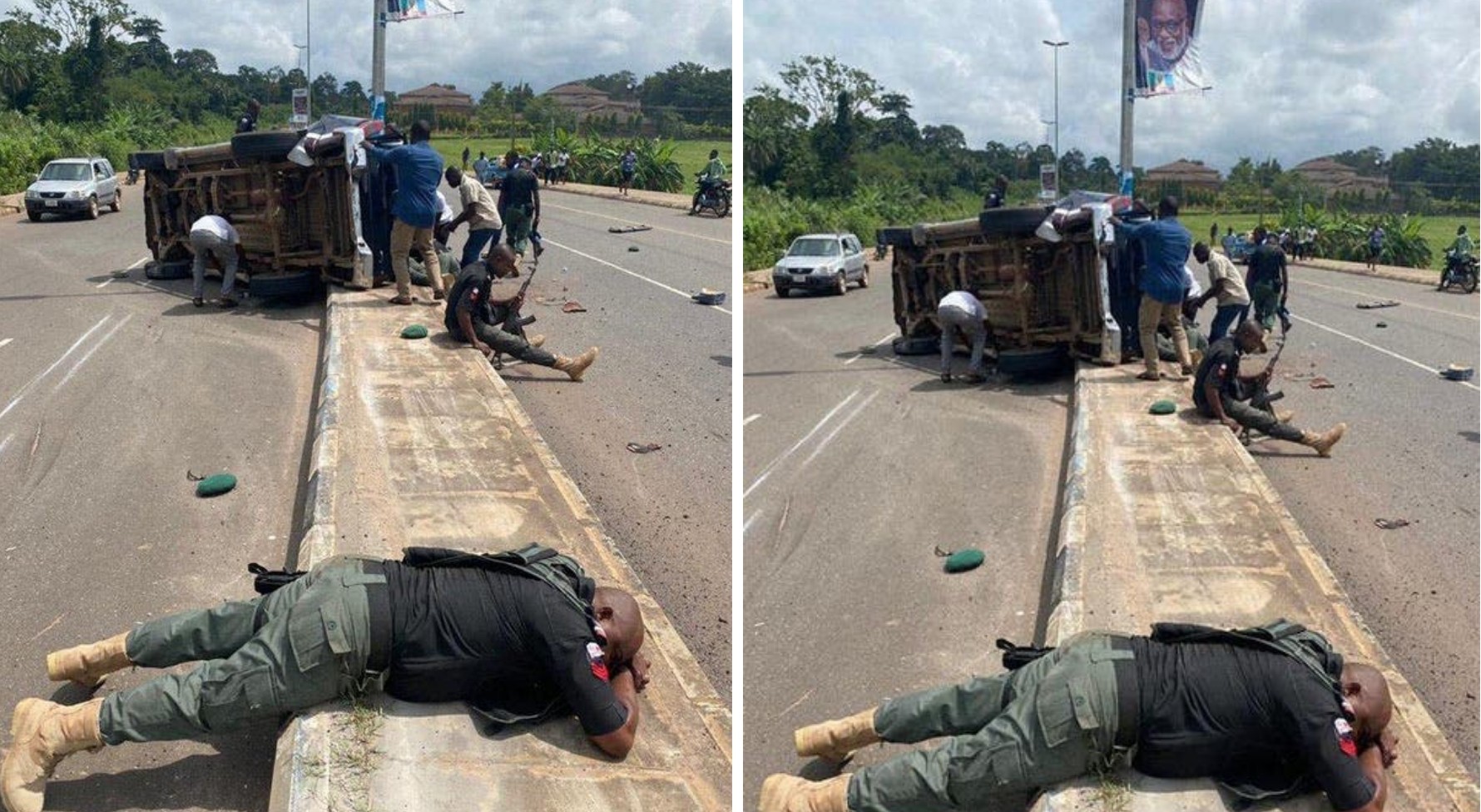 Officers of the Federal Road Safety Commission, FRSC, have confirmed the death of two police officers, involved in an accident in Ondo state.

The commission equally stated that eight other police officers sustained various degree of injuries, in the crash.

The police Hilux van somersaulted several times before hitting a pavement while trying to negotiate a bed on the Obaile airport road in Akure metropolis.

As at press time it could not be confirmed if the affected policemen were returning to base after performing electoral duties.

An eyewitness confirmed that the accident occurred as a result of speeding at a sharp bend of the road. He added that the victims had been taken to Police Clinic Akure by police officers and sympathizers who also joined FRSC team to cleared obstruction.

While the police Public Relations Officer, Mr Tee-Leo Ikoro, who also confirmed the incident, said he was yet to ascertain the number of the victims.

“I will have to go to the hospital where they (victims) were taken to ascertain the number of the casualties,” Ikoro said.