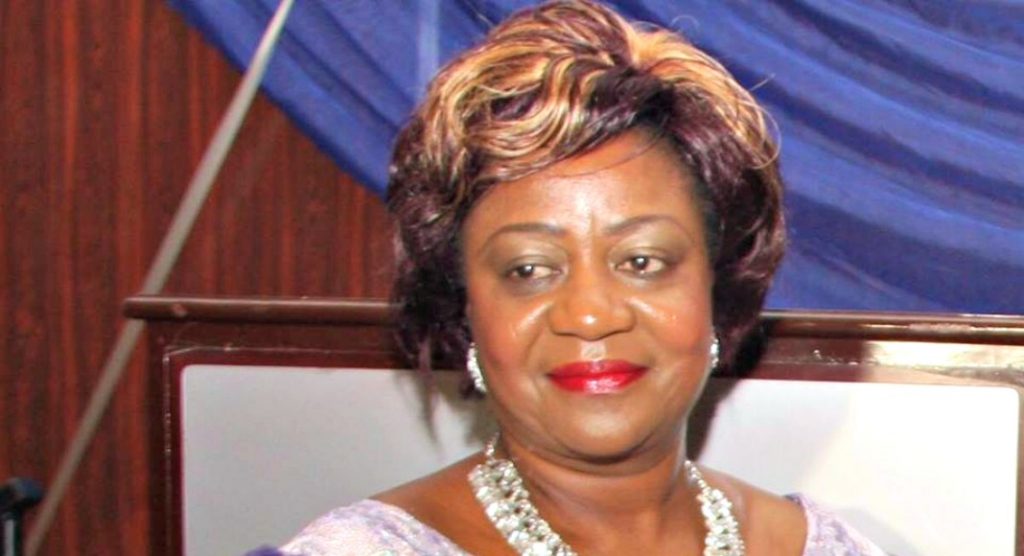 The Peoples Democratic Party (PDP) has rejected the nomination of Ms Lauretta Onochie as a National Commissioner of the Independent National Electoral Commission (INEC).

President Muhammadu Buhari had on Tuesday, forwarded Onochie’s name to the Senate to be screened and confirmed as INEC National Commissioner to represent Delta State at the Commission.

Onochie is a Special Assistant to Buhari on Social Media.

But the PDP described the appointment as a highly provocative assault on the Nigerian Constitution and democratic process.

At a media briefing in Abuja on Tuesday, the spokesman for the PDP, Kola Ologbondiyan, vowed that the party would deploy every legitimate mean to stop the appointment.

Describing Onochie as a card carrying member of the ruling All Progressives Congress (APC), Ologbondiyan said with the appointment, President Buhari has left no one in doubt that he did not care about leaving behind a legacy of credible elections.

The party spokesman said: “Indeed, from Mr. President’s public promises, one would have thought that he was desirous of leaving a legacy of credible elections, having failed in all ramifications of governance.

“However, this nomination of his personal staff, Lauretta Onchie, as INEC national commissioner, supports the position of the PDP that his statements were mere glib talks on electoral sanctity and clearly demonstrates that he has no plans whatsoever to leave a legacy of credible polls.

“This ugly development is another shameful attempt to plant unscrupulous elements in INEC in order to corrupt and further desecrate the sanctity of the commission, undermine our electoral system and destabilise our democratic process ahead of the 2023 general elections.

“We had hoped that, as Mr. President had professed in the past, he is truly running his second and final term in office. If that were so, then Lauretta Onochie’s nomination as INEC national commissioner clearly points to a totally different direction”.

The PDP further said the nomination has dressed the President as having more than an interest in legacy building, adding it portrayed him as one who has a personal candidature interest in the 2023 election.

The party declared that the only way the President could prove that he did not harbour ulterior motives was to quickly withdraw Onochie’s nomination before the Senate.

“Moreover, being a card-carrying member of the APC as records show (from Ward 5 Onicha Olona, Aniocha North Local Government Area of Delta state), Onochie’s nomination is in clear violation of paragraph 14 of the 3rd schedule of the 1999 Constitution (as amended), which forbids a person involved in partisan politics to hold office as a member of INEC.

“It is therefore surprising that having sworn to the constitution of the Federal Republic of Nigeria, Mr. President is taking actions that are antithetical to the very constitution and democratic governance.

“These actions are deliberate attempts by President Buhari to inflame social tensions, undermine our constitution and desecrate the sanctity of our electoral process, rather than finding solutions to the myriads of problems pervading our country.

“On a final note, the PDP, standing shoulder to shoulder with Nigerians, will deploy every legitimate means possible in a democracy to stop the approval of this provocative nomination of Lauretta Onochie as INEC national commissioner,” the PDP said.