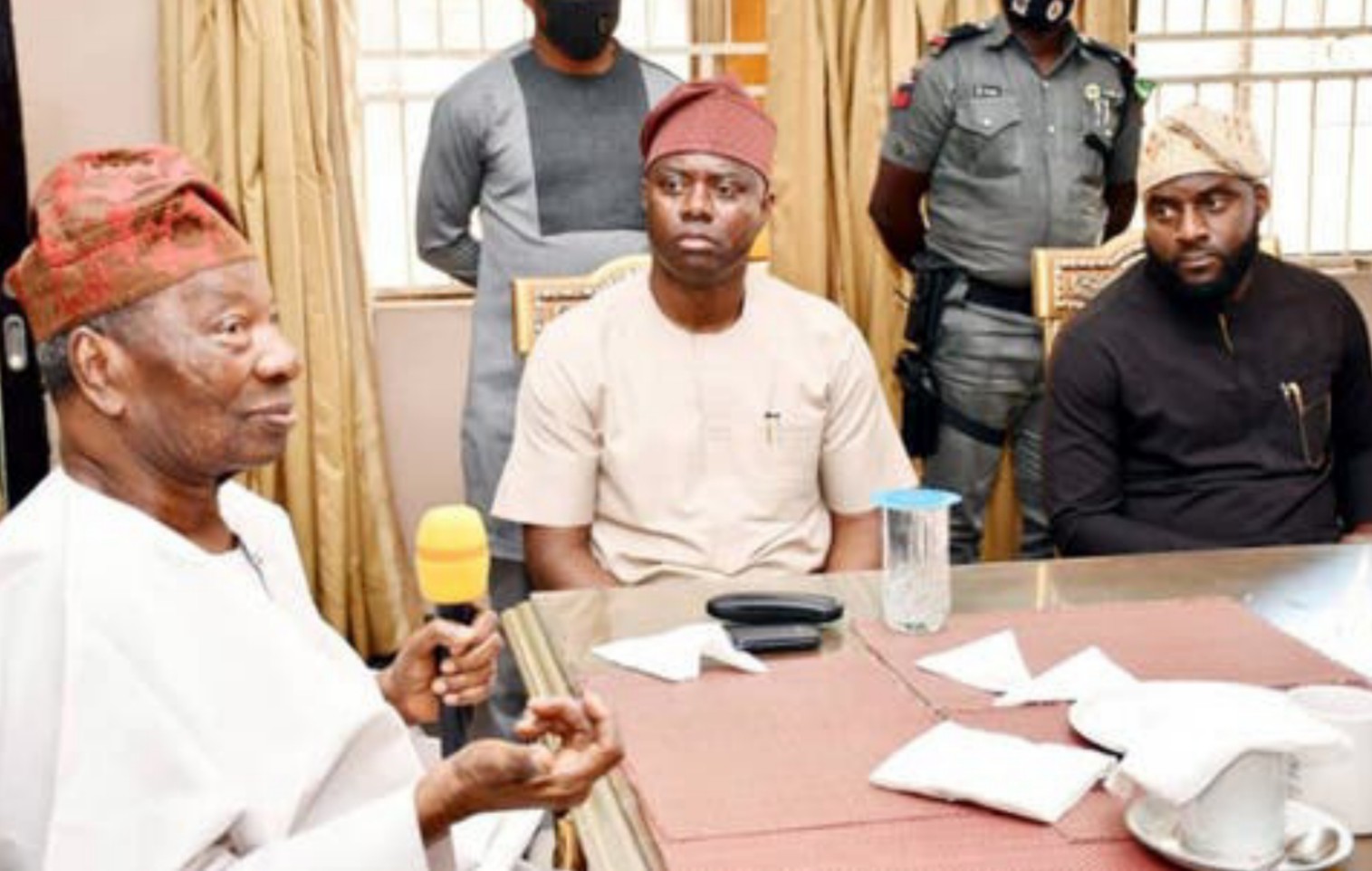 Following the attack on the palace of the Soun of Ogbomoso, Oba Jimoh
Oyewunmi Ajagungbade by EndSARS protesters, Oyo State governor, Seyi
Makinde on Tuesday approved N100 million for the renovation of the
vandalised palace.

Makinde made the announcement when he paid a sympathy visit to the palace of the traditional ruler.

The governor also paid a condolence visit to the family of deceased Jimoh Isiaka and two other victims of the violence that erupted during the ENDSARS protests.

It would be recalled that the invasion and vandalisation of the Soun’s palace, on Sunday, by some irate youths in the ancient town was a fallout of the alleged killing of an undergraduate of the Ladoke Akintola University of Technology (LAUTECH) by a yet-to-be identified policeman during the #ENDSARS protest in Ogbomoso on Saturday.

It was gathered that the minister of Sports and Youth Development, Mr.
Sunday Dare, was the prime target of the attack.

Makinde explained that beyond the #ENDSARS protest, most Nigerians had become frustrated over prevailing harsh economic reality in the country of government’s failures to address youth idleness with gainful employment there might be a future disaster.

He also noted that while his government was not against peaceful protest, but protesters must be responsible enough to voice their concerns as the state government would work more at ensuring youths in the state are meaningfully engaged.

The governor also instructed the commissioner for local Government and
Chieftaincy Matters, Chief Bayo Lawal and caretaker chairman of
Ogbomosho North Local Government to make an evaluation of vehicles and
other items destroyed for fixing.