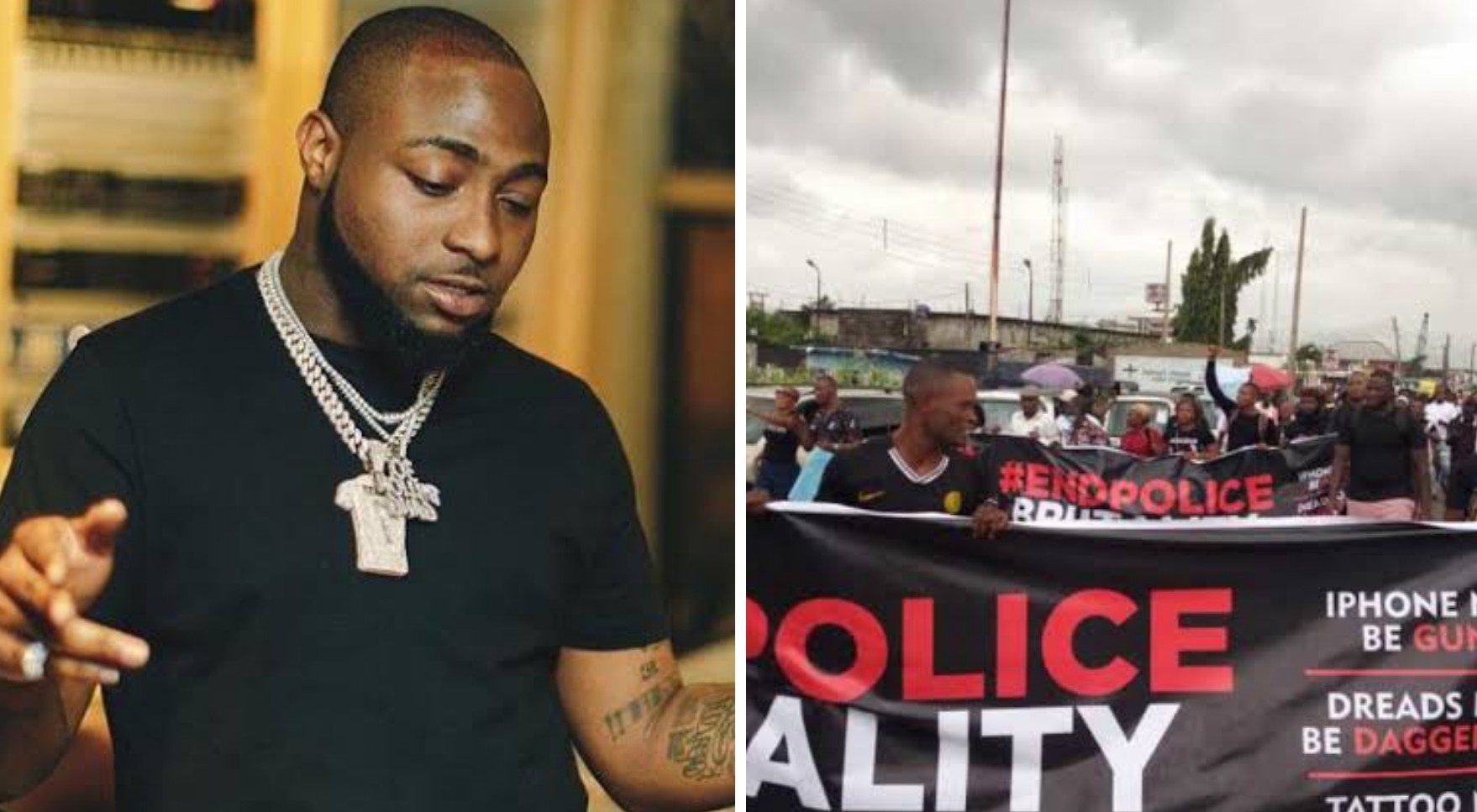 Award-winning singer, David Adeleke aka Davido, has slammed the Federal Capital Territory Administration for imposing a ban on #EndSARS protests in Abuja, the nation’s capital.

WITHIN NIGERIA had earlier reported that the FCT Authority on Thursday banned the EndSARS protest in Abuja over alleged violation of COVID-19 protocol by the protesters.

The FCT Authority said it was concerned that despite the scrapping of the Special Anti-Robbery Squad by the Inspector-General of Police, Mohammed Adamu, last Sunday, the demonstrations had continued, causing inconveniences to law-abiding citizens.

The decision to proscribe all forms of protests in the nation’s capital was taken at a meeting chaired by the FCT Minister, Muhammad Bello.

“For the avoidance of doubt, the COVID-19 guidelines regulating public gatherings recommend physical distancing, temperature checks, the use of facial coverings, amongst others.

“Clearly, all these guidelines were flouted by the protesters. Consequently, the committee directs that due to the dangers posed by COVID-19, all street demonstrations, protests and processions will not be allowed anywhere within the FCT,” it resolved.

However, the singer, who is one of the leading voices of the #EndSARS campaign and who had read the protesters’ demands to the IGP in his Abuja office earlier in the week, faulted the decision of the FCTA.

He noted that the Federal Government allowed electioneering and rallies to hold in Ondo and Edo States where cases of violation of COVID-19 protocol were recorded but was against protests in the same country.

Davido made this known on Twitter shortly after the announcement by the FCTA.

He wrote, “Can’t protest but y’all just had campaign rallies and conducted 2 elections recently !!! Do they think ?? Wtf I’m ANGRY !!”