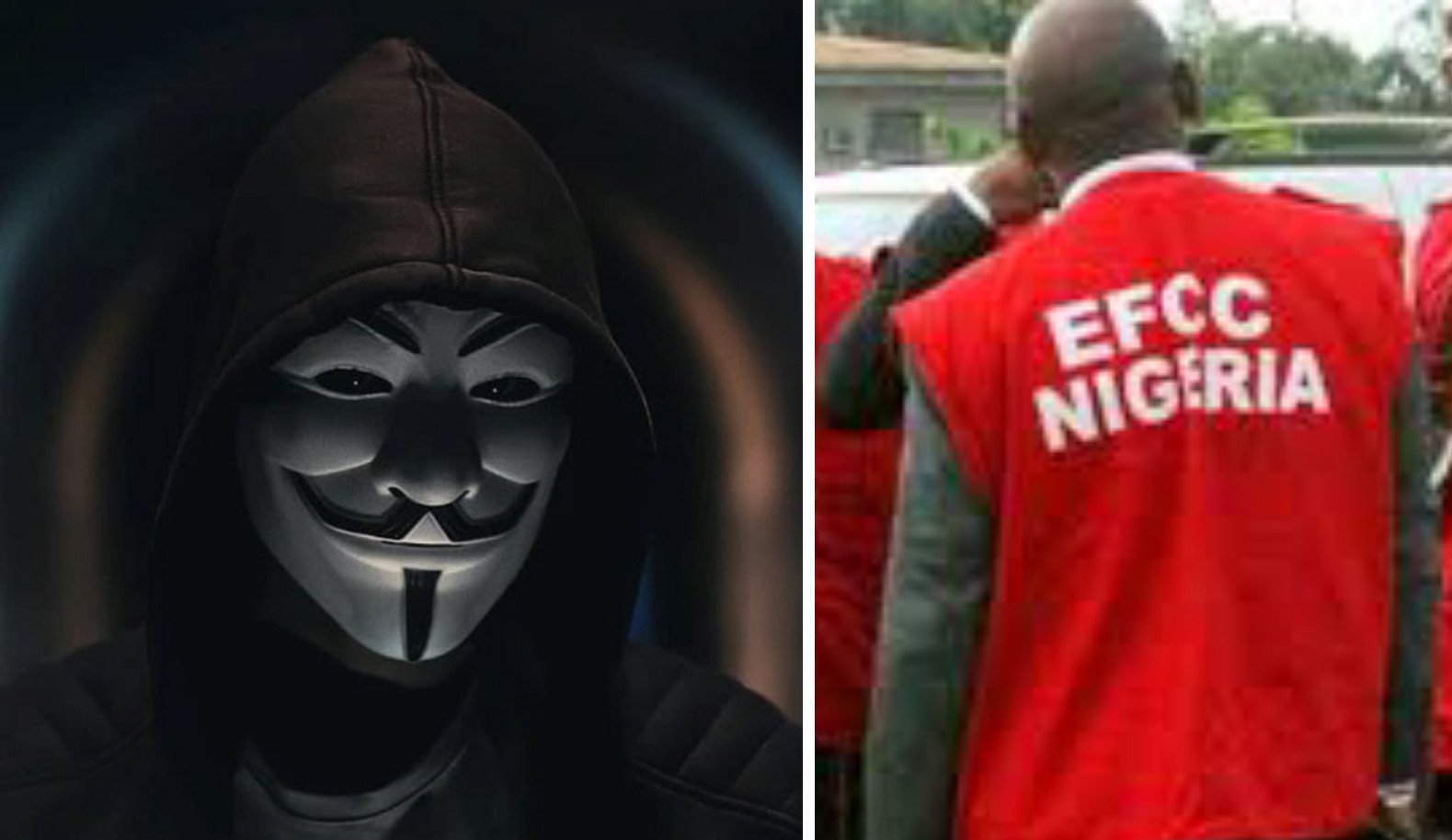 The website of the Economic and Financial Crimes Commission (EFCC) have been hacked.

Anonymous, a band of unknown individuals claimed responsibility, with a threat to seize control of more government websites.

Earlier on Friday, they took over the Twitter handle of several government agencies including the National Broadcasting Commission (NBC), reportedly hacked the Central Bank website but the Apex Bank have debunked the story, describing it as falsehood.

In the recent attack, the tweet by Anonymous read in part:

“Official website of @officialEFCC has been taken down in support of #EndSARSProtest. CHECK HOST : https://check-host.net/check-report/df89d3bk838 TARGET : https://efccnigeria.org/efcc/ You should have expected us! #EndCorruptionInNigeria

The group said they support the weak against the powerful and stand for justice.

They listed their values as human rights, autonomy and self-governance, resistance against tyranny, a more humane society.

Anonymous noted that its actions were in support of the End SARS protests.

On Saturday, their handle tweeted about the protest hashtags in Nigeria and other places.