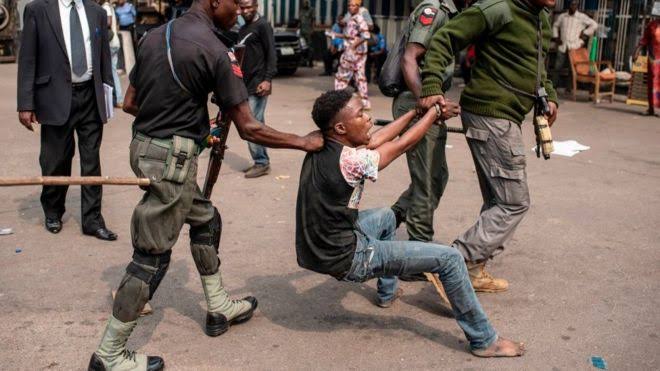 The National Human Rights Commission (NHRC) has constituted an 11-man panel to investigate allegations of rights violations by the disbanded Special Anti-Robbery Squad.

A statement by NHRC’s spokesperson, Fatimah Agwai Mohammed gave the name of the Chairman of the panel as Justice Suleiman Galadima (a retired Justice of the Supreme Court.

Part of the statement reads: “In line with the National Human Rights Commission’s mandate and in response to the nationwide agitation by some Nigerian youth groups under the auspices of End SARS, the NHRC has constituted an 11-man Independent Investigative Panel (IIP) to look into allegations of human rights violations against the defunct SARS and other units of the force.

“The Committee headed by a retired Justice of the Supreme Court, Justice Suleiman Galadima will hear petitions, complaints, and memoranda from Nigerians across the 36 states of the federation and the FCT, and thereafter make recommendations to the federal government on how best to reform SARS and other units of the Police force.

“The Executive Secretary of NHRC, Tony Ojukwu Esq. who made this known in Abuja Friday evening noted that the terms of reference of the Panel include, investigate all complaints of human rights violations against SARS and other units of the Police force, make appropriate recommendations as per the damages and compensations to be paid to the victims of Police brutality.

“Besides, the panel is given the powers to refer any matter, in the course of their assignment to the Attorney General of the Federation, or that of a State for prosecution in accordance with the law.

“The panel is empowered as well to make recommendations to government on measures to be taken in respect of operatives of defunct SARS or officers of the Nigerian Police Force, if any, found in violation of human rights of citizens and propose remedial steps that may enhance the professional conduct of defunct SARS operatives, any succeeding unit and other members of the Nigerian Police Force and any other recommendations that may be considered appropriate.

“Ojukwu also disclosed that all petitions, complaints, and memoranda must reach the Commission, which is the Secretariat of the Panel on or before 31 October 2020.”