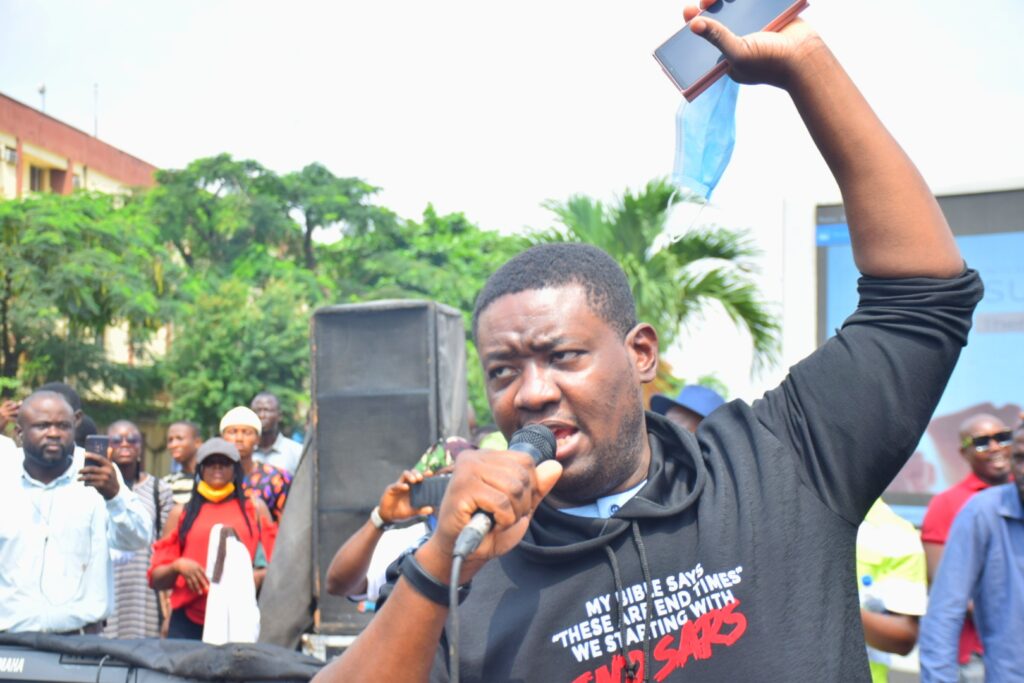 Leke Adeboye, one of the sons of Enoch Adeboye, general overseer of the Redeemed Christian Church of God (RCCG), led a service for #EndSARS protesters in Lagos on Sunday.

The service which held at the protest ground in front of government house, Lagos, had Christian faithful in attendance.

“I want all of us to know that this nation has been handed over to us slowly but surely by this singular move that we are all here representing our families, friends and nation. This is the beginning of the new Nigeria,” he said.

WITHIN NIGERIA recalls that his father, Enoch Adeboye had last week declared support for youth protesting against police brutality and excesses of the Special Anti-Robbery Squad (SARS).

He had pledged his support for the youth demanding an end to the police unit and the attempts to ‘recycle’ the officers of the disbanded unit into a new one.

“Our daughters will not be able to prophesy and young men will not see visions if we don’t keep them alive. I support the youths in this peaceful protest as they ‘speak up’ to #EndPoliceBrutality #EndSARS #ENDSWAT,” the clergyman wrote on Twitter.

The cleric however, called on protesters to “comport themselves orderly” even as they call for widespread police reforms.