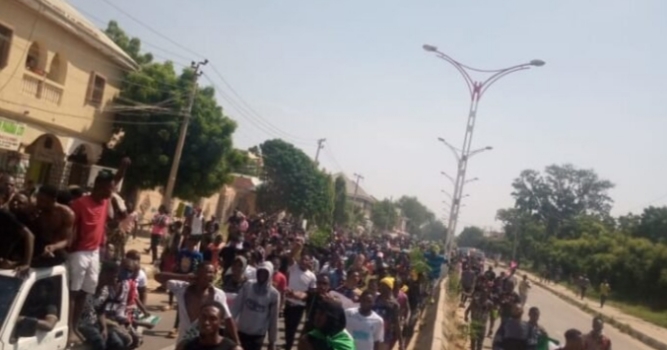 The #EndSARS protest has escalated and hit one of the major cities in the Northern part of the country, Kano as hundreds of young Nigerians on Monday joined the nationwide protests against police brutality.

WITHIN NIGERIA learnt that the protesters staged a peaceful march along major streets in the Sabon Gari area of the metropolis, storming France, Burma, Sarkin Yaki and Airport roads.

This is the first time young Nigerians in Kano will take part in the #EndSARS eventhough the protests have been ongoing across the country for last 11 days.

The protesters, some of whom were on tricycles and vehicles, displayed placards, with inscriptions: “End SARS, SWAT!” “EndKAROTA!” “End Police brutality!” “EndKano corruption”, among others.

The protesters have refused to leave the streets across the country despite assurances from government that their demands will be implemented.