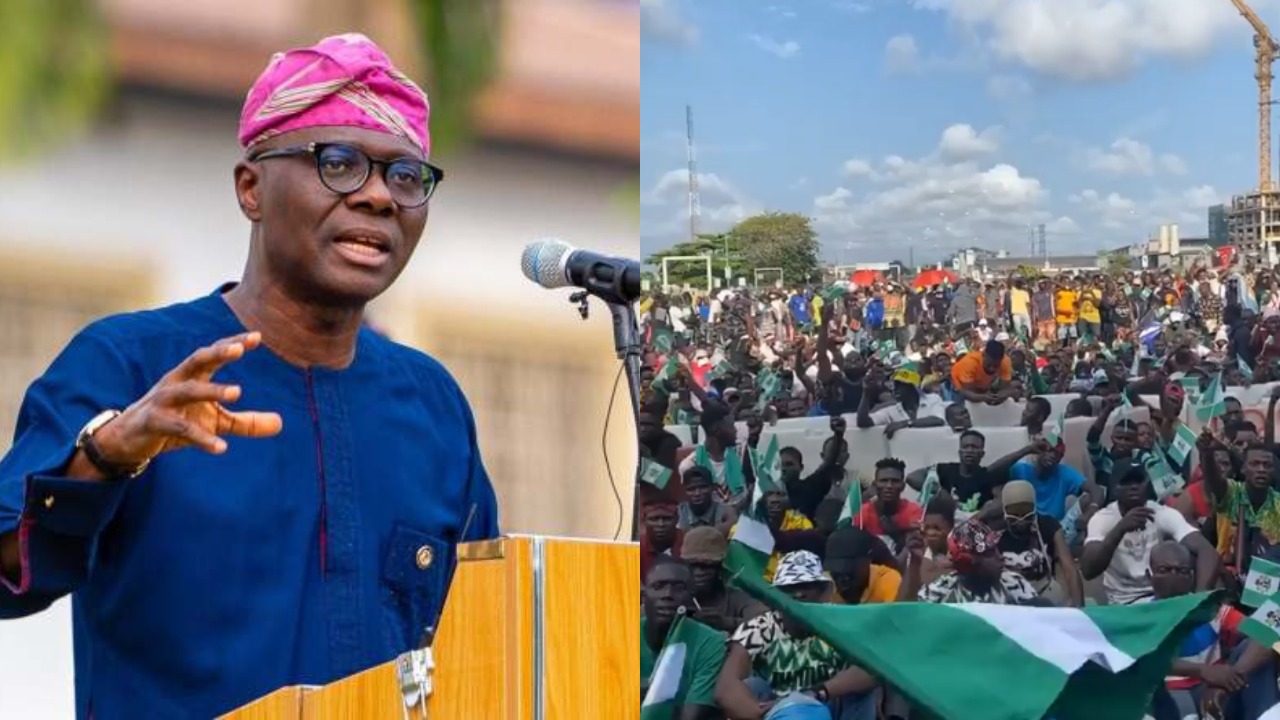 Despite the 24 hours curfew imposed by Lagos state governor, Babajide Sanwo-olu, #EndSars protesters have refused to obey the rules to stay in their homes and not protest.

According to Sanwo-Olu, the peaceful protest has been hijacked by hoodlums and it has turned into a monster, claiming lots of lives and properties in the state.

In a video that surfaced on Instagram, thousands of Nigerian youths were seen seated on the floor at the Lekki Toll gate in Lagos, protesting against Sars and police brutality.

The video which was shot at 4.26pm is a clear evidence that the #EndSars protesters have refused to acknowledge the compulsory curfew that was imposed to start at 4pm in the state.