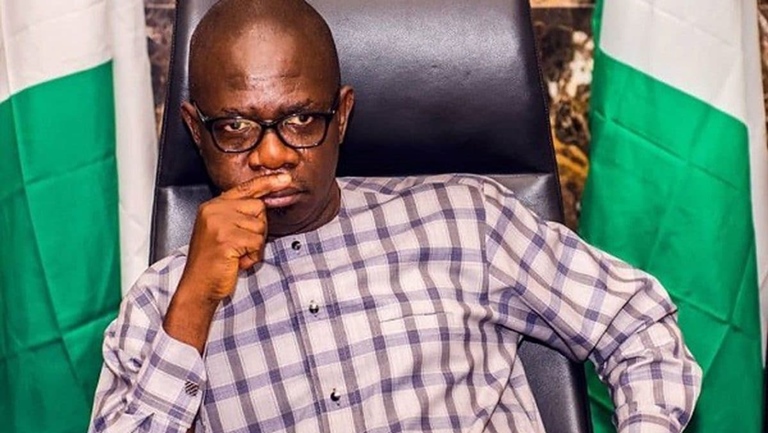 The embattle Ondo deputy governor, Hon Agboola Ajayi has said that he would not resign his position no matter the intimidation and propaganda from the state government.

Ajayi had resigned from his political party, the All Progressive Congress and defected to the Zenith Labour Party (ZLP) under which he contested the October 10 governorship election which he lost.

He came a distant third in the election which was won by the incumbent governor Rotimi Akeredolu.

While sources at the Ondo assembly and Ajayi’s allies had disclosed that there was pressure on Ajayi to resign this week as to prevent what they termed unnecessary impeachment.

Reacting through a statement by his Media Adviser, Allen Sowore in Akure, Ajayi dispelled the rumour that he was planning to resign this week after he lost the election.

Sowore in the statement said: “The news that Ondo State Deputy Governor, Agboola Ajayi is set to resign this week by some national newspapers is false and a figment of the imagination of the writers.

“The Deputy Governor was elected together with Governor Oluwarotimi Akeredolu SAN by the good people of Ondo State in 2016.

“That four years mandate given to both men will not end until 23rd February 2021.

“The news of his impending resignation is being sponsored by the governor through the propaganda machinery and machinations of Ondo State Ministry of Information as a subterfuge in preparation for a macabre plan to put the deputy governor’s forged signature on a prepared resignation letter.

“The general public should be wary of these latest antics and desperation of the Governor to remove his Deputy by all means and at any cost illegally.

“The people of Ondo State, who voted for Agboola Ajayi as Deputy Governor in 2016 have not asked him to resign or quit the government.

He added that; “Therefore, he has no reason whatsoever to relinquish the people’s mandate, which of course is limited by term/time, democratically bestowed upon him.”