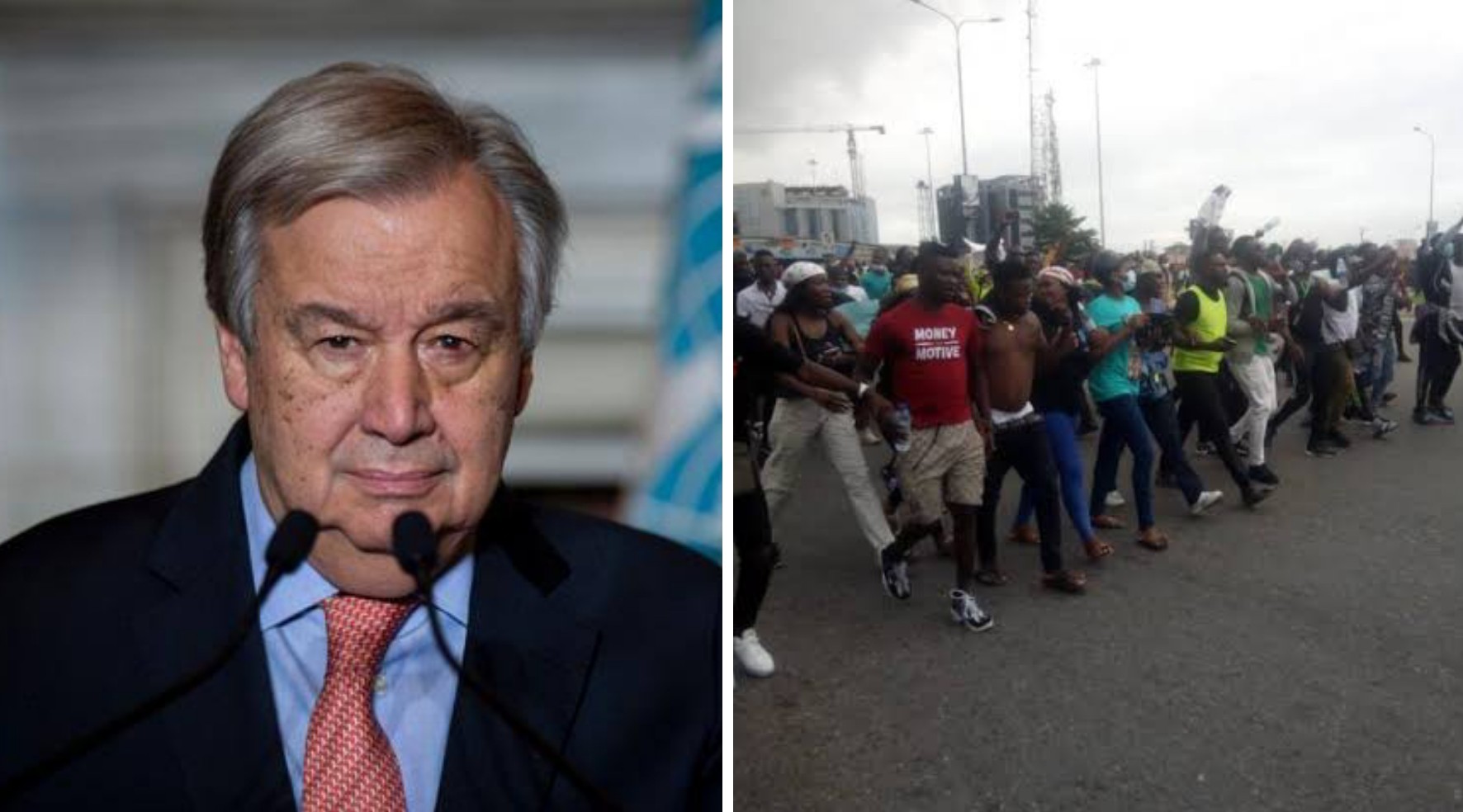 António Guterres, Secretary-General of the United Nations, UN has called for an end to the attack on peaceful #EndSARS protesters in Nigeria.

He made the call while reacting to the unlawful killings of Nigerians protesting against police brutality across the country.

Guterres said the UN is ready to help Nigeria find a solution that will swiftly de-escalate the situation.

Stephane Dujarric, spokesman for the Secretary-General, in a statement on Wednesday said,

“The Secretary-General is following recent developments in Nigeria and calls for an end to reported police brutality and abuses.

“He condemns the violent escalation on 20 October in Lagos which resulted in multiple deaths and caused many injuries. He expresses his condolences to the bereaved families and wishes a speedy recovery to those injured. He calls on the Nigerian authorities to investigate these incidents and hold the perpetrators accountable.

“The Secretary-General urges the security forces to act at all times with maximum restraint while calling on protestors to demonstrate peacefully and to refrain from violence.

“The Secretary-General encourages the authorities to swiftly explore avenues to de-escalate the situation. He reiterates the readiness of the United Nations to support national efforts towards finding a solution.”