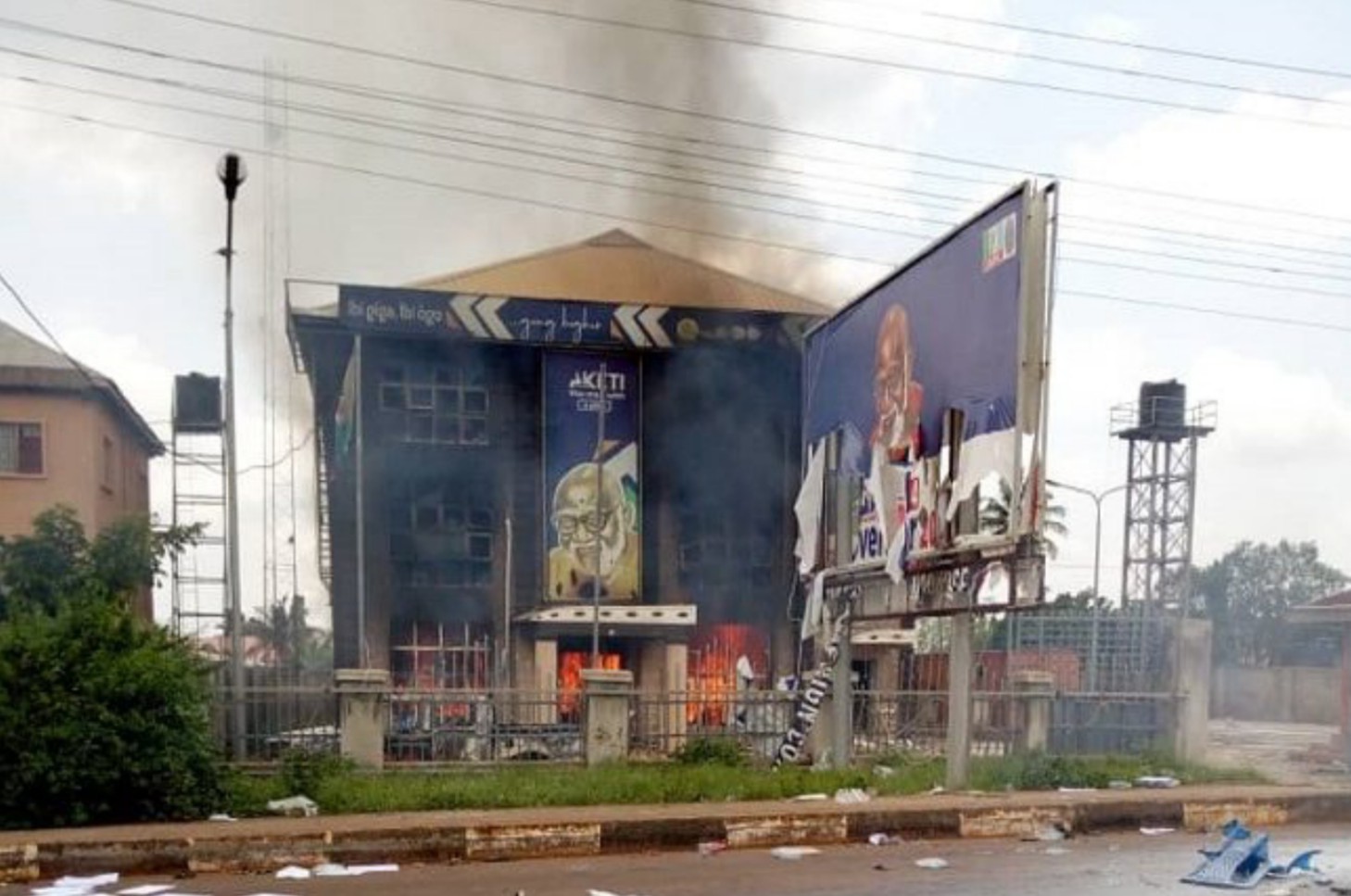 Some miscreants in Okitipupa town in Okitipupa Local Government Area of Ondo State, on Thursday allegedly set the Divisional Police Station in the town and the local government Council Secretariat on fire, releasing all the prisoners at the Correctional Service Center (Nigerian Prison) in the town.

Also, the campaign office of Akeredolu located along Roadblock /Ilesha road has been set on fire by some hoodlums.

It was gathered that trouble started in Okitipupa when the security operatives in the town tried to enforce the curfew order declared by the state government and tried to send back protesters home.

Irked by the action of the police operatives, the youth regrouped and mobilised themselves and torched the police station before heading to the prison to release the inmates.

No fewer than 200 seized motorcycles and valuable properties at the Police Station were reportedly released to the public by the protesters in Okitipupa.

The house of one of the APC governorship aspirant. Mr Ife Oyedele was also burnt by the angry mob.

It was gathered that the protesters also moved to Igbokoda in Ilaje local government area and attempted to burn another police station but the Naval officials foiled the attack.