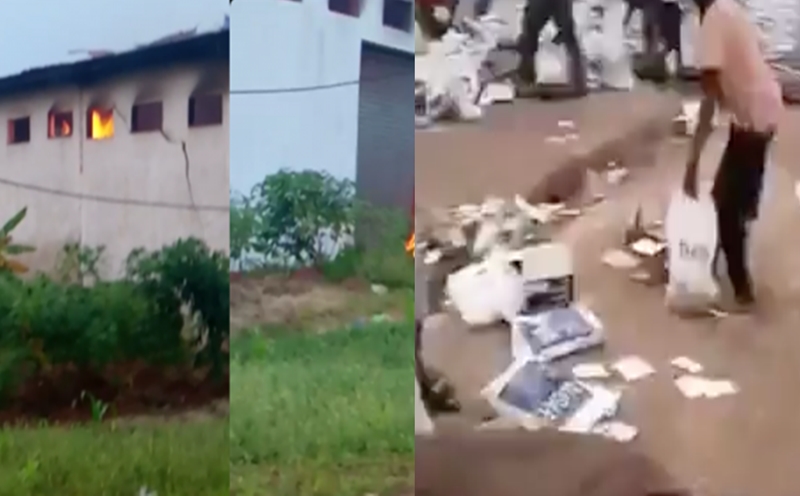 After various food items were carted away from a warehouse containing undistributed COVID-19 palliatives on Thursday in Akure, the Ondo State capital, it was set ablaze by thugs.

It was learnt that some residents located the warehouse in Akure before breaking into the place.

A resident, Miss Toyin Ajeigbe, who witnessed the action, said the action of the thugs created pandemonium in the city.

She said, “Many people stormed the warehouse after they noticed that it was where the government kept undistributed palliatives.

“And you know the people are already hungry and angry due to the indefinite curfew in the state.

“So, they break into the building and started bringing out food items such as rice, noodles and other items before some thugs set the warehouse on fire and this led to a heavy fight.

“I witnessed how they destroyed the building out of anger because the government refused to distribute the food to the people even when there is hunger.”

One of the protesters was identified as Mr Ogunsakin Akinyemi.