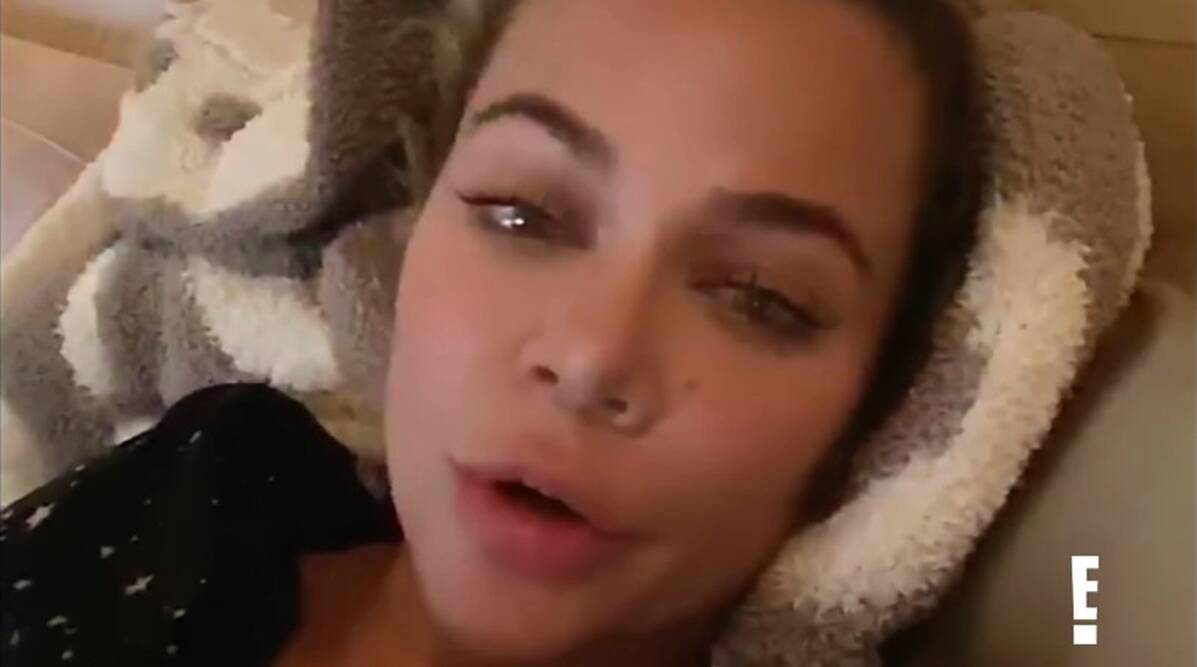 Reality star, Khloe Kardashian has confirmed she tested positive for COVID-19 earlier this year, after she suffered from “vomiting” and “shaking”.

A sneak peek of “Keeping Up With the Kardashians” has confirmed that Khloe Kardashian suffered from Covid-19.

In a clip released on Wednesday, Kardashian is shown self recording the news in a hoarse voice.

“Just found out that I do have corona,” the reality star says. “I have been in my room. It’s gonna be fine, but it was really bad for a couple days.”

“I suffer from migraines, but this was the craziest headache.

“I wouldn’t say it was a migraine. The coughing, my chest would burn when I would cough. Let me tell you, that s**t is real.”

The teaser opens before that with her sister, Kim Kardashian West, saying, “We’re just anxiously awaiting the results for Khloe to see if she has it or not.”

As the newly-released KUWTK footage was filmed months ago, Khloe has since recovered from Covid-19.

Khloe’s revelation is due to air on the current series of Keeping Up With The Kardashians, which airs weekly on E!