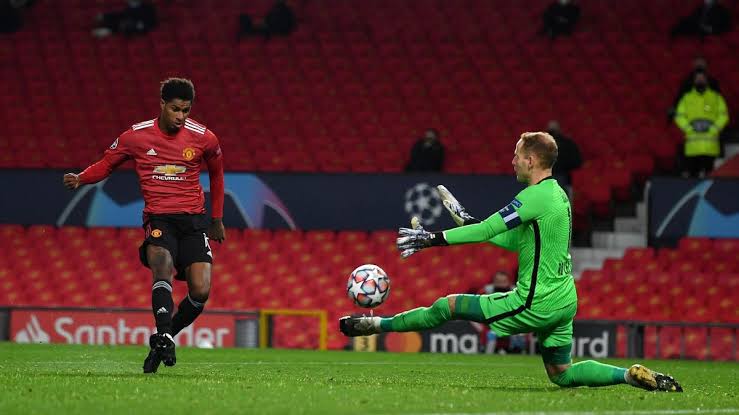 Marcus Rashford came off the bench to score a clinical hat-trick as Manchester United continued their recent momentum by taking apart RB Leipzig in the Champions League.

England international Rashford came on just after the hour mark and netted three goals in 18 minutes, first running clear to calmly slot in, then smashing in a terrific second, before drilling home a third in stoppage time.

But when Martial was tripped in the box with three minutes to go, he converted the penalty to score his first goal of the season.

Ole Gunnar Solskjaer’s side backed up their excellent win at Paris St-Germain in their opening game by collecting another impressive three points to extend their unbeaten run to four games.

In the Group H’s other game, last year’s runners-up Paris St-Germain picked up their first points with a 2-0 win at Istanbul Basaksehir.

Also, Chelsea took the centre stage in the early kickoff in Russia and the Blues seized the moment, romping to a comprehensive 4-0 win over Krasnodar in their Group E clash.

Going into Wednesday’s tie, it had been a torrid period for Frank Lampard’s side who had drawn their previous three matches; including two outings without even scoring.

Callum Hudson-Odoi got the opener for the Blues after he was gifted his first goal in the competition by a goalkeeping error from Matvey Safonov.

Timo Werner made it 2-0 from the spot before Hakim Ziyech scored his first goal for Chelsea on his full debut, and then Christian Pulisic put the icing for a resounding 4-0 win for the Blues.