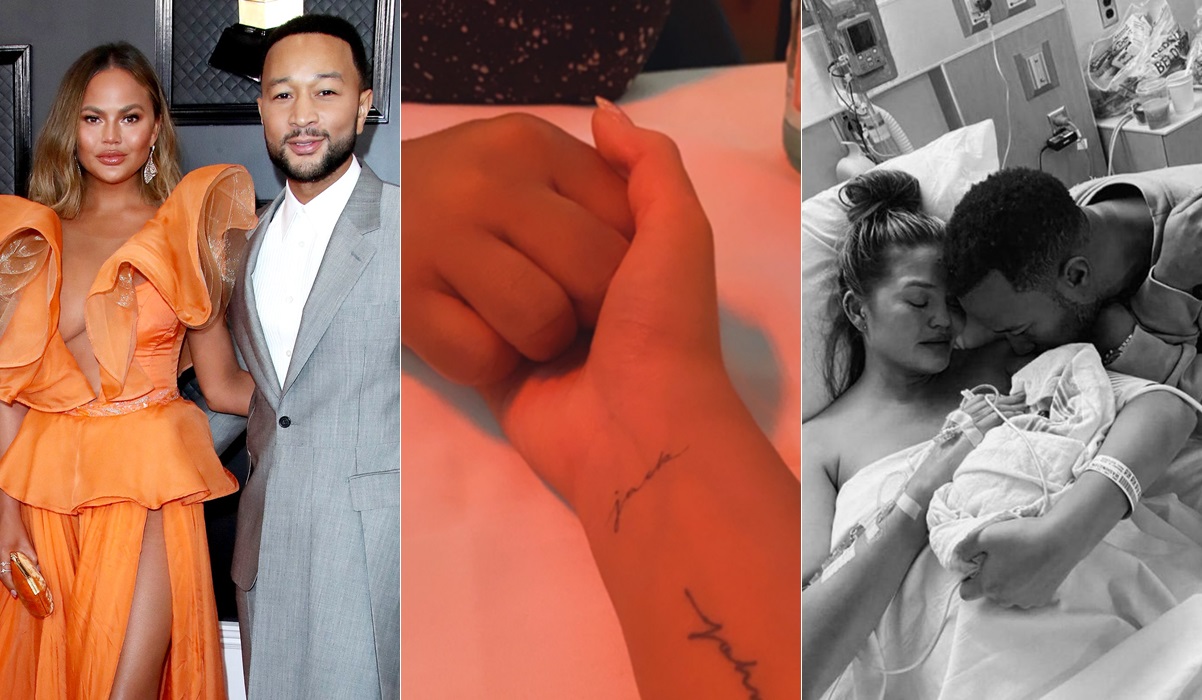 After suffering a pregnancy loss in late September, Chrissy Teigen is honoring her late son.

Teigen, 34, shared a photo on Halloween to her Instagram stories, and later on Twitter, of her new tattoo, simply reading “Jack” in cursive script. It’s the name that she and husband John Legend, 41, had started calling their third child in utero before losing the pregnancy at 20 weeks.

“We are shocked and in the kind of deep pain you only hear about, the kind of pain we’ve never felt before,” Teigen wrote alongside a series of black-and-white photos from the hospital. “We were never able to stop the bleeding and give our baby the fluids he needed, despite bags and bags of blood transfusions. It just wasn’t enough.”

The model and cookbook author took a break from social media to grieve for a few weeks, returning in mid-October to share a brief update with fans.

“We are quiet but we are okay. Love you all so much,” she captioned a screenshot of Legend’s dedication to her during his performance of “Never Break” at the 2020 Billboard Music Awards.

She recalled that she was placed on bed rest for over a month in an effort to reach 28 weeks and that her doctors had diagnosed her with partial placenta abruption.

She’d had “placenta problems” in the past, she noted, adding that she delivered her son Miles, now 2, a month early “because his stomach wasn’t getting enough food from my placenta. But this was my first abruption.”

“Finally, I had a pretty bad night in bed, after a not-so-great ultrasound, where I was bleeding a bit more than even my abnormal amount,” Teigen wrote.

“My bleeding was getting heavier and heavier. The fluid around Jack had become very low — he was barely able to float around. At some points, I swore it was so low I could lay on my back and feel his arms and legs from outside my belly.”

Despite trying multiple blood transfusions, it wasn’t enough, she explained.

Teigen also went into detail about the pictures taken in the hospital that she posted on social media when announcing the loss. She said Legend was “very hesitant” about taking them, and she could tell he “hated it.” But she defended the photos in the essay because of their importance to her life and grieving process.