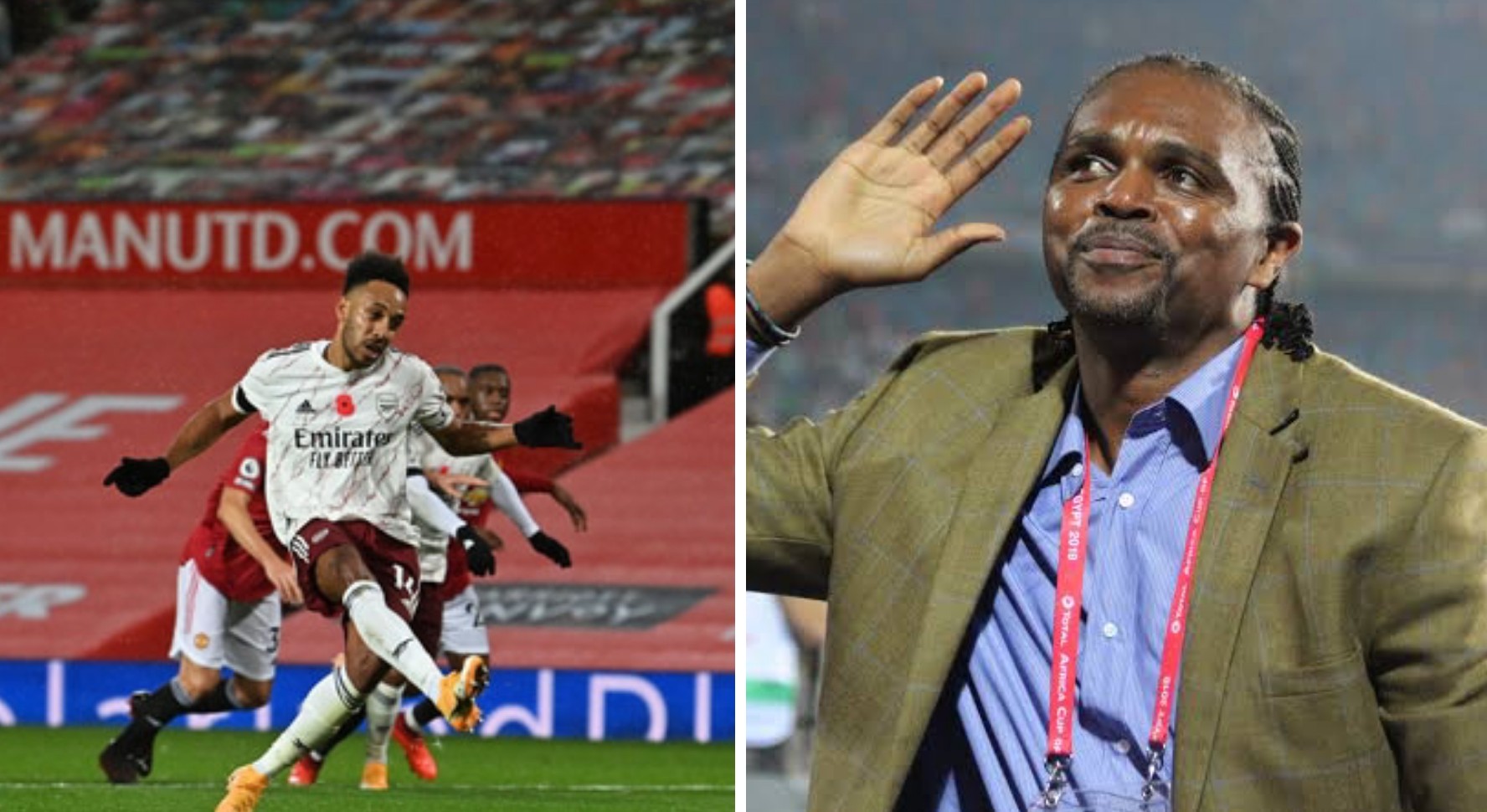 The Gunners returned to winning ways after consecutive defeats against Manchester City and Leicester City.

Arsenal Clinched the first league win at Old trafford in 14 Years, thanks To Aubameyang.

The Gabon forward, Pierre-Emerick Aubameyang broke the deadlock from the penalty spot in the 69th minute after Paul Pogba had clipped the heel of Hector Bellerin in the area.

Excited by his former team’s performance, Kanu took to social media to revel in the club’s fourth win of the 2020/2021 campaign.

“Done and dusted. Come on you Arsenal, job well done. We move!,” he wrote on Instagram.

The result saw Arsenal move up to eighth place in the table on 12 points, ahead of Ole Gunnar Solskjaer’s side who are in 15th place.

“…He’s big, he’s strong, he’s aggressive and he likes to pass it forward. He can deal with the ball, he looks comfortable on the ball, just small little details, composure, good first touch, retaining possession, that’s the name of the game.” he said.