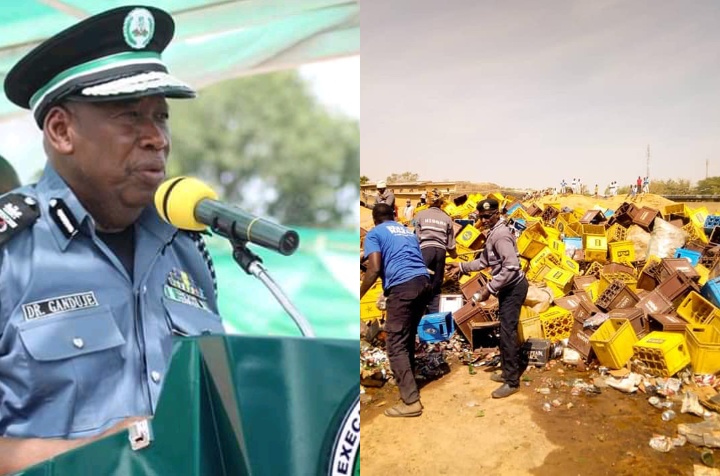 Governor Abdullahi Ganduje of Kano state, has promised to increase the salaries of Hisbah officials following the destruction of about 1,975 bottles of beer estimated at N200 million in the state.

WITHIN NIGERIA reports that the Kano State Hisbah Board destroyed 1,975,000 bottles of beer, worth over N200 million, confiscated within Kano metropolis.

The state Governor Abdullahi Umar Ganduje who was represented by his Deputy Nasiru Gawuna during the destruction exercise at Kalebawa in Dawakin Tofa Local Government, said consumption of alcohol and all other intoxicants that can distort mental capability and was forbidden in Islam.

He said that the Hisbah Board was established with the aim of preventing evil social acts in the society.

Speaking during the destruction exercise at Kalebawa, Ganduje said the consumption of alcohol and all other intoxicants can distort the mental capability of a person, is forbidden in Islam.

“My administration is proud of the way you discharged your duties. Therefore I wish to urge all stakeholders to continue to give you all the support you need to succeed.

For the good job that found and destroy these beer, Kano State Government will review your salary. Kano Government will show appreciation to you by changing your uniform too,” Governor Ganduje, who was represented by his deputy, Nasiru Yusuf Gawuna, said.