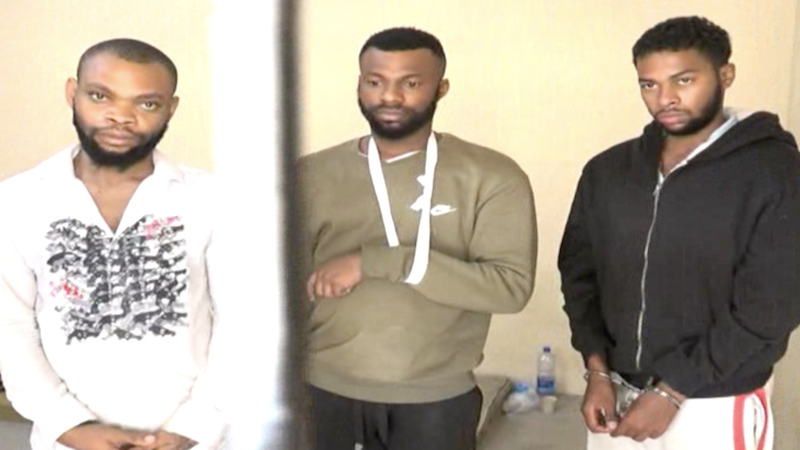 Nigerian nationals arrested in Pakistan for defrauding men of over $125,000 by posing as women on Facebook

Three Nigerian nationals who scammed residents of Faisalabad of Rs20 million ($125,699.99) have been arrested in Pakistan.

The men were arrested on Friday, November 6, after running a scheme for over a year.

It was gathered that the suspects befriended men on Facebook by pretending to be women and stole their money.

A case was registered after a man complained that they had stolen Rs3 million from him. The FIA Cyber Crime Cell is investigating the case.

Explaining the scam to reporters during questioning, one of the suspects said they stole women’s pictures off Instagram and made fake Facebook accounts. They then chatted the men up and eventually told the men they wanted to invest their money for them.

“We told them we want to send money to them and need their information, like their name, address and other things, he explained. We then make a receipt with their name on it and call him and tell them their parcel has arrived and that they need to make a payment in a Pakistani account.” he said.