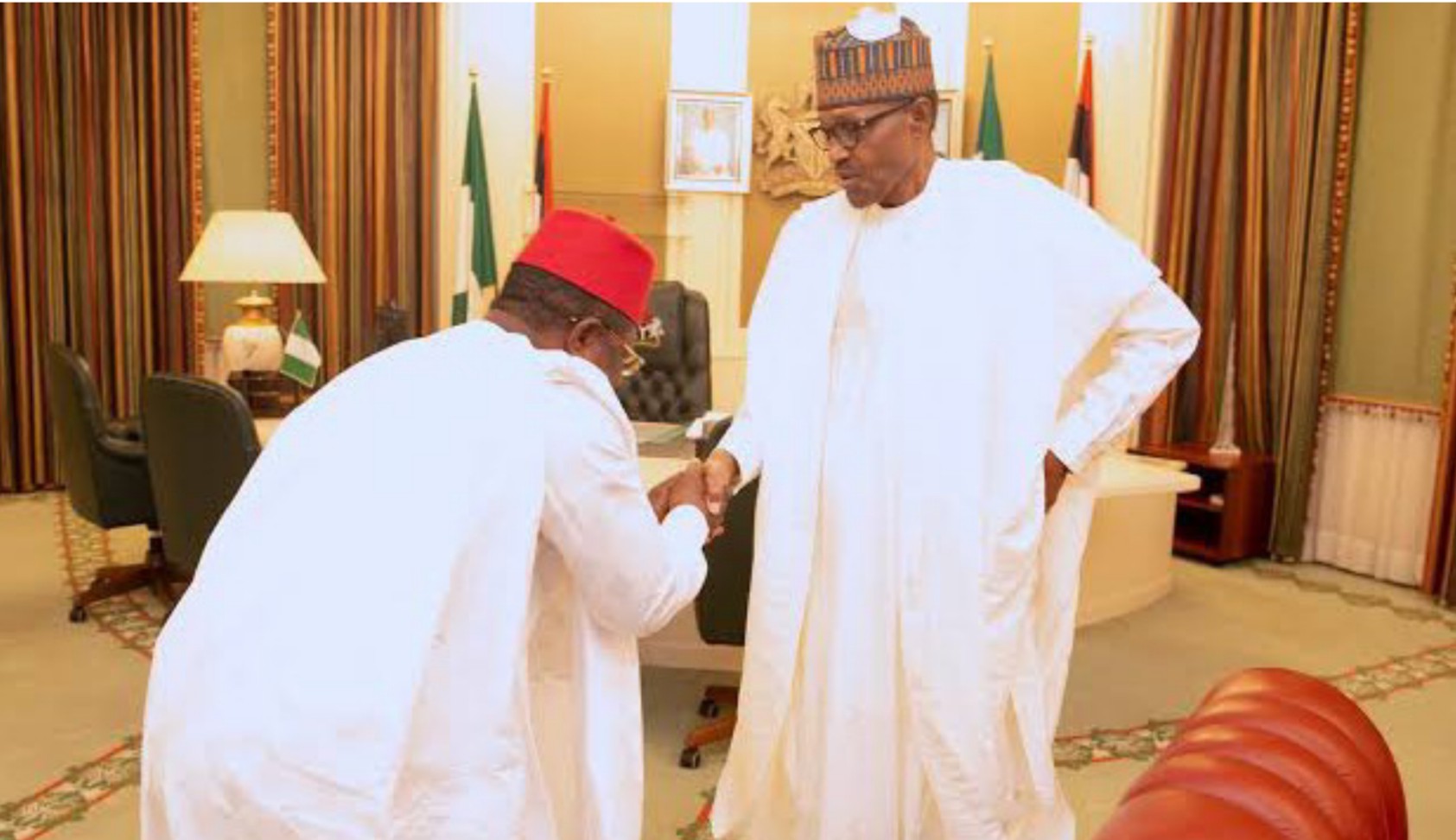 President Muhammadu Buhari has commended the defection of Gov. David Umahi of Ebonyi to the All Progressives Congress (APC), urging Nigerians to pay less emphasis on identity politics to enhance democratic culture.

A statement by Malam Garba Shehu, Senior Special Assistant on Media and Publicity, quoted Buhari as describing Umahi’s defection as “a bold move driven purely by principle rather than opportunistic motives”.

Governor Umahi, along with members of his cabinet, on Tuesday defected from People’s Democratic Party (PDP) to APC, citing injustice to the South-East by his former political party.

While reacting to the defection on Wednesday in Abuja, the president said: “I am proud of Governor David Umahi for taking this bold decision in accordance with his conscience and principles, rather than any external influence or coercion.

“Good governance is very important to us in the APC, and I’m glad that the governor has cited this as a major factor in his decision to join us.

”I urge our citizens to pay less emphasis on identity politics if we want our democracy to make a positive impact on our country.

”With men like Umahi, I foresee a brighter future for our democracy because the voters will be more motivated by performance records of parties and their candidates.”

The president also commended the governor’s boldness for taking what he described as a ‘courageous decision’, urging him to ignore negative comments such decision might attract from some quarters.

“Let me once again commend the boldness of Governor Umahi for taking this courageous decision in a country where principles are in short supply among many.

”I know people might call him names, but that is the price men of principles have to pay for acting according to their conscience and convictions” Buhari was quoted as saying.