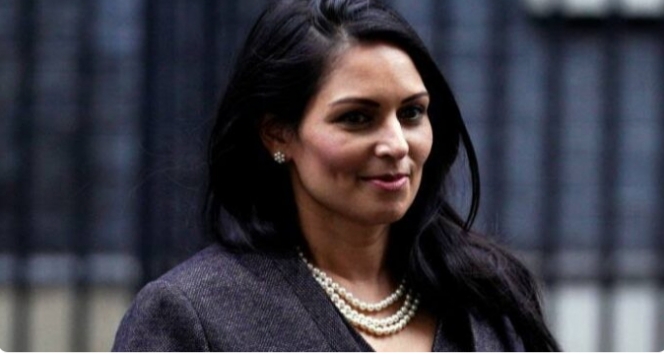 United Kingdom’s Secretary of state, Priti Patel who attacked Nigeria over P&ID case has been indicted for bullying staff.

Patel came under probe following the resignation of Philip Rutnam, former home office permanent secretary, over what he described as a “vicious and orchestrated campaign” against him for challenging the alleged mistreatment of civil servants.

WITHIN NIGERIA learnt that a senior home office official had reportedly collapsed after a fractious meeting with Patel.

Officials in Patel’s private office at the Department for International Development also accused her of humiliating civil servants in front of others while she was a minister in 2017.

A cabinet office inquiry was launched in March to probe the allegations against Patel. Alex Allan, ethics adviser to Prime Minister Boris Johnson, said Patel’s behaviour was in breach of the ministerial code.

In his findings, Allan said Patel “has not consistently met the high standards required by the ministerial code of treating her civil servants with consideration and respect” and cited instances of “shouting and swearing”.

He said “her approach on occasions has amounted to behaviour that can be described as bullying in terms of the impact felt by individuals”, adding that “to that extent her behaviour has been in breach of the ministerial code, even if unintentionally”.

Despite Allan’s findings, Johnson insisted that Patel did not breach the ministerial code — a reaction that caused Allan to quit.

“I recognise that it is for the prime minister to make a judgement on whether actions by a minister amount to a breach of the ministerial code,” Allan said.

“But I feel that it is right that I should now resign from my position as the prime minister’s independent adviser on the code.

Patel, who apologised in a broadcast interview on Friday, said: “I’m sorry that my behaviour has upset people and I have never intentionally set out to upset anyone. I work with thousands of brilliant civil servants every single day and we work together, day in day out, to deliver on the agenda of this government and I’m absolutely sorry for anyone that I have upset.”

Recall that Patel came under scrutiny in September after she said Nigeria must “shape up and honour its obligations” if it wants to take part in global markets over the $10 billion arbitration case between Nigeria and the Process and Industrial Developments (P&ID).