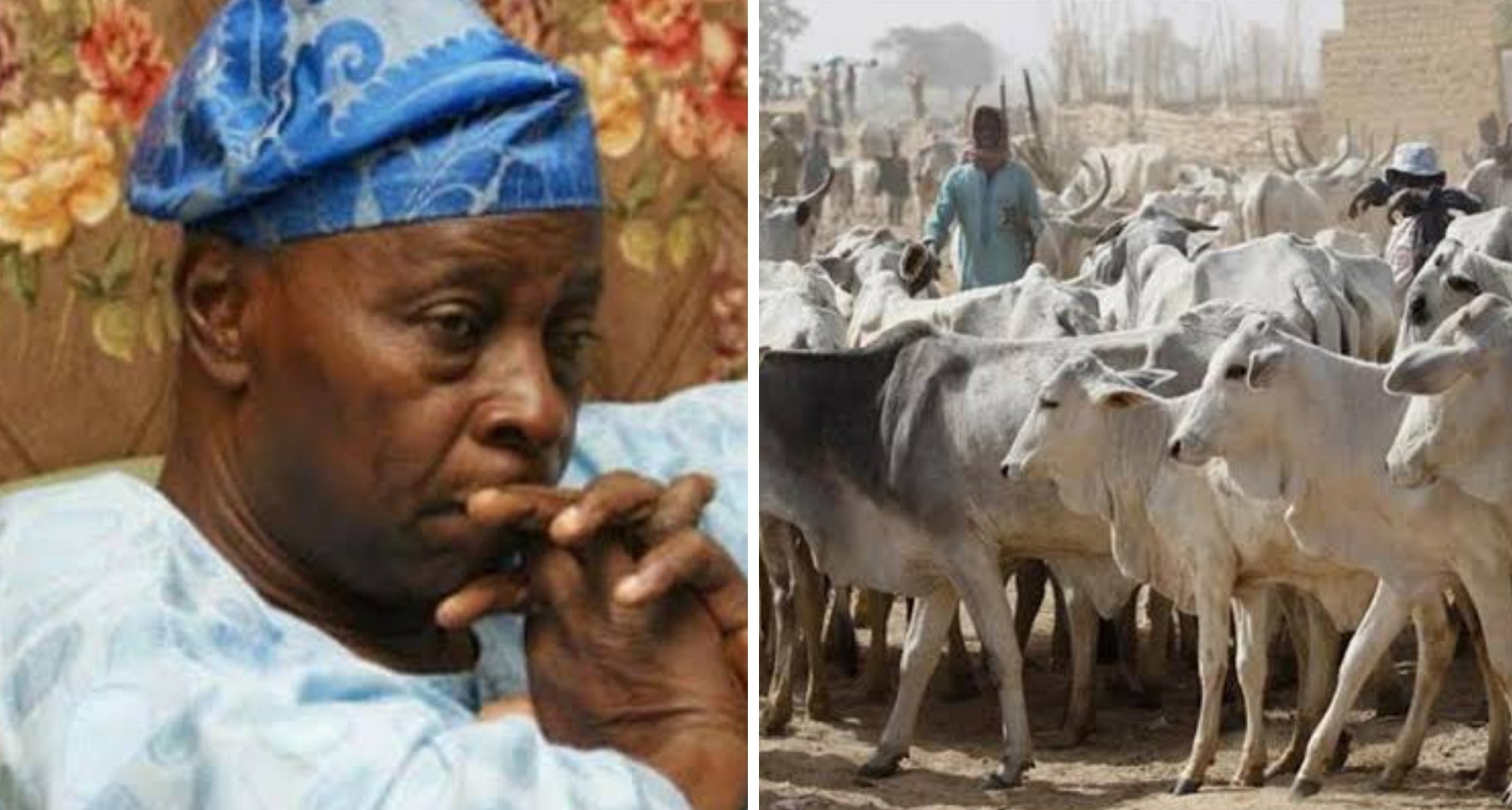 Some herdsmen have reportedly invaded the farm of the former Secretary to the Government of the Federation, Chief Olu Falae, and attacked some of the workers on the farm after destroying it.

The herdsmen, who were said to have taken their cattle to the farm in Ilado village in Akure North Local Government Area of Ondo State, were said to have destroyed the maize farm before moving to the citrus farm and set it on fire.

Apart from destroying the farm, the herdsmen also invaded the farm house in the middle of the night and attacked the workers.

The herdsmen were said to have attacked the farm workers because they had earlier reported their activities to the policemen who had warned them against further destruction.

Falae said the invaders destroyed and harvested crops worth millions of naira in his farm.

His complaints are contained in a letter addressed to the Director General of Ondo State Security Network, known as Amotekun Corps.

He said the attacks had been in a series for the past three weeks.

He explained that he had reported to the police and the Ondo state chairperson of Miyetti Allah but nothing has been done to change the situation.

“Policemen were deployed to my farm. They drove the bandits away but the following day after the police had left, the herdsmen returned to the farm,” said Mr Falae.

“They stole some crops, and destroyed the ones they could not take away.”

Also speaking on the incident, the Personal Assistant to Falae, Captain Moshood Raji (retd.), confirmed that the herdsmen and their cows destroyed the maize farm.

He said crops worth millions of naira were destroyed as the invaders grazed their cattle.

“We reported the incident to the police and the herdsmen seemed to be irked by the development, returned to the farm house and attacked the workers on the farm,” he said.

It was gathered that Falae, who was abducted in September 2015 by some herdsmen, had invited the policemen to the farm following the incessant invasions and destruction of the farm by the herdsmen and their cattle.

But Raji said this did not stop them from coming as the herdsmen, numbering about 10, moved around the farm unhindered and insisted that they would not leave the farm because their cows grazed on it.

When contacted, the state Police Public Relations Officer, Mr. Tee-Leo Ikoro, said he was not aware of the incident.