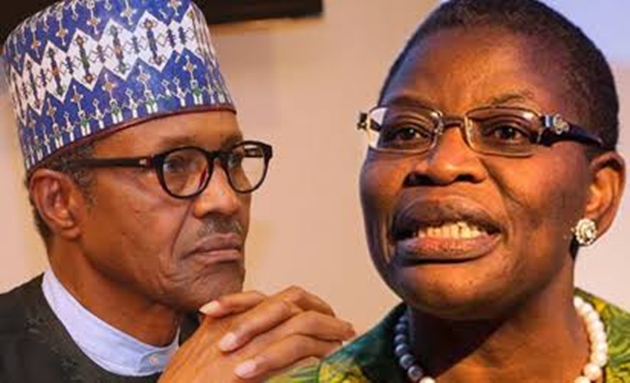 Following the brutal murder of farmers in Borno state, Oby Ezekwesili has beckoned on Nigerians to rise up and demand immediate assessment of President Muhammadu Buhari’s physical and mental fitness for the highest office.

The former education minister said in a tweet Sunday night that Nigerians’ right to know the status of Mr. Buhari’s capacity trounced his rights to privacy.

“I think that at this stage and depth of fragility of the Nigeria-State, Privacy has to yield ground to our Right-to-know as citizens, the state of health of @MBuhari. We really must assess the physical or mental capability of @NGRPresident to carry on the duties of office,” Mrs. Ezekwesili said. 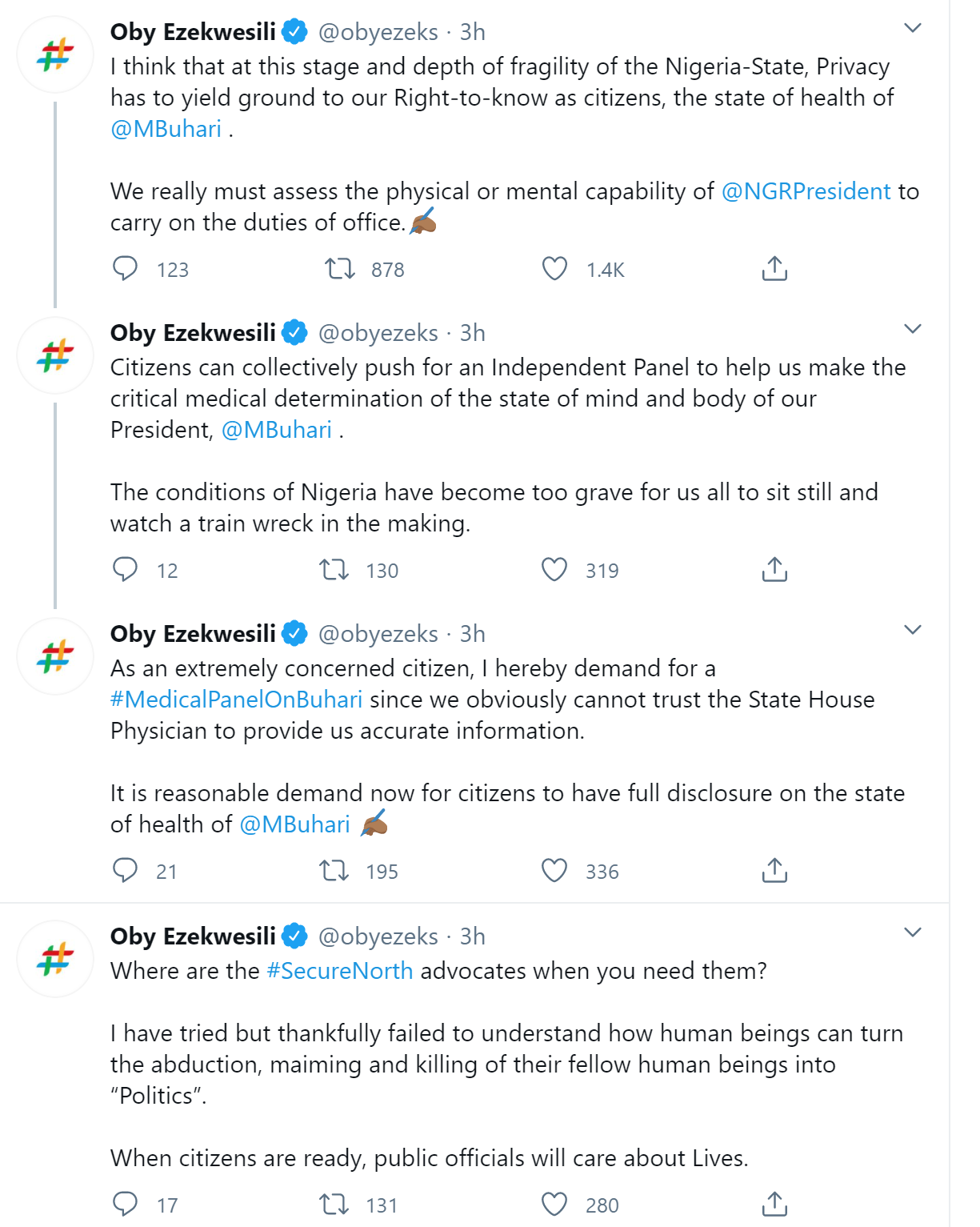 This weekend, jihadists struck in Borno, leaving at least 110 farmers killed near Zabarmari, about 20 kilometres from Maiduguri, United Nations said.

On Sunday, at least seven people were killed and several children feared missing following an attack on a community in Southern Kaduna.

Mr. Buhari has defied calls to sack service chiefs, who have continued to supervise endemic corruption and insecurity in the country. Rather than yield the public’s call, the president has instead been unilaterally postponing the retirement of the service chiefs, a stalemate that is causing disaffection amongst military officers whose career growths are being suppressed.