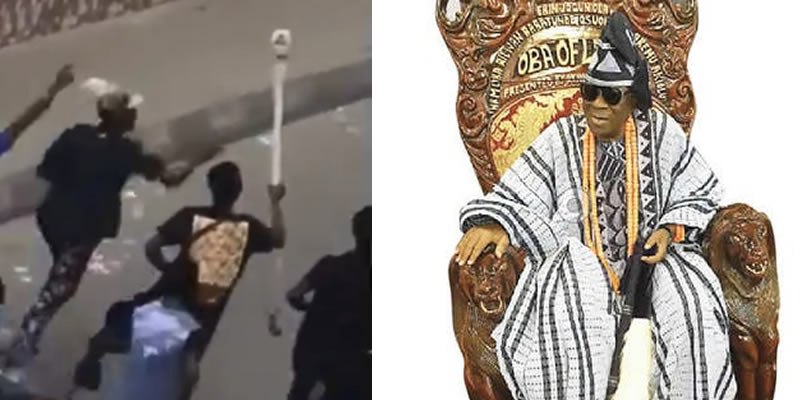 Oba Of Lagos Pardons Hoodlums Who Looted Palace, Carted Away Staff Of Office

Weeks after angry residents broke into the palace of Rilwan Akiolu, the Oba of Lagos situated at Lagos Island, to cart away COVID-19 palliatives and loot the entire royal residence, carting away items including his Staff of Office in the ensuing violence that followed the #EndSARS protests in October the Monarch on Wednesday, December 2, said he has forgiven the perpetrators.

Akiolu made this known during the inauguration of the Lagos City Centre established by the Lagos Island East Local Government Area.

According to a statement, the traditional ruler insisted that nobody could dethrone him, adding that his ascension to the stool was the wish of God for his life.

Speaking on the LC Centre, the Oba also commended the council for the initiative and urged the authorities to invest more in youth empowerment.

Kamal Bashua, Chairman of the council, said the centre would serve the various needs of residents of the area.

He, however, urged them to protect the centre from vandals and make judicious use of it.