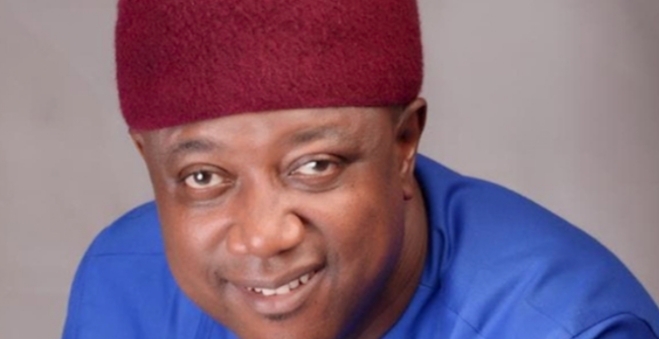 A candidate of the All Progressives Congress (APC), Frank Ibezim has been disqualified from the Imo north senatorial bye-election.

This is coming a few hours after an appeal court sitting in Owerri, the state capital, declared Ibezim as the authentic candidate of the APC after a legal battle with Ifeanyi Ararume, an aspirant.

The Independent National Electoral Commission (INEC) will conduct the senatorial bye-election in the state on Saturday to fill up the seat that became vacant owing to the death of Benjamin Uwajiomogu, who initially won the primary election.

On Friday, a federal high court in Abuja disqualified Ibezim as candidate of the APC in the bye-election for making false declaration in the documents he submitted to INEC.

Bye-elections will also be conducted simultaneously in 10 other states across the country
Share on FacebookShare on Twitter
Got News Tip? Send Us Story !
Follow Us on Google News