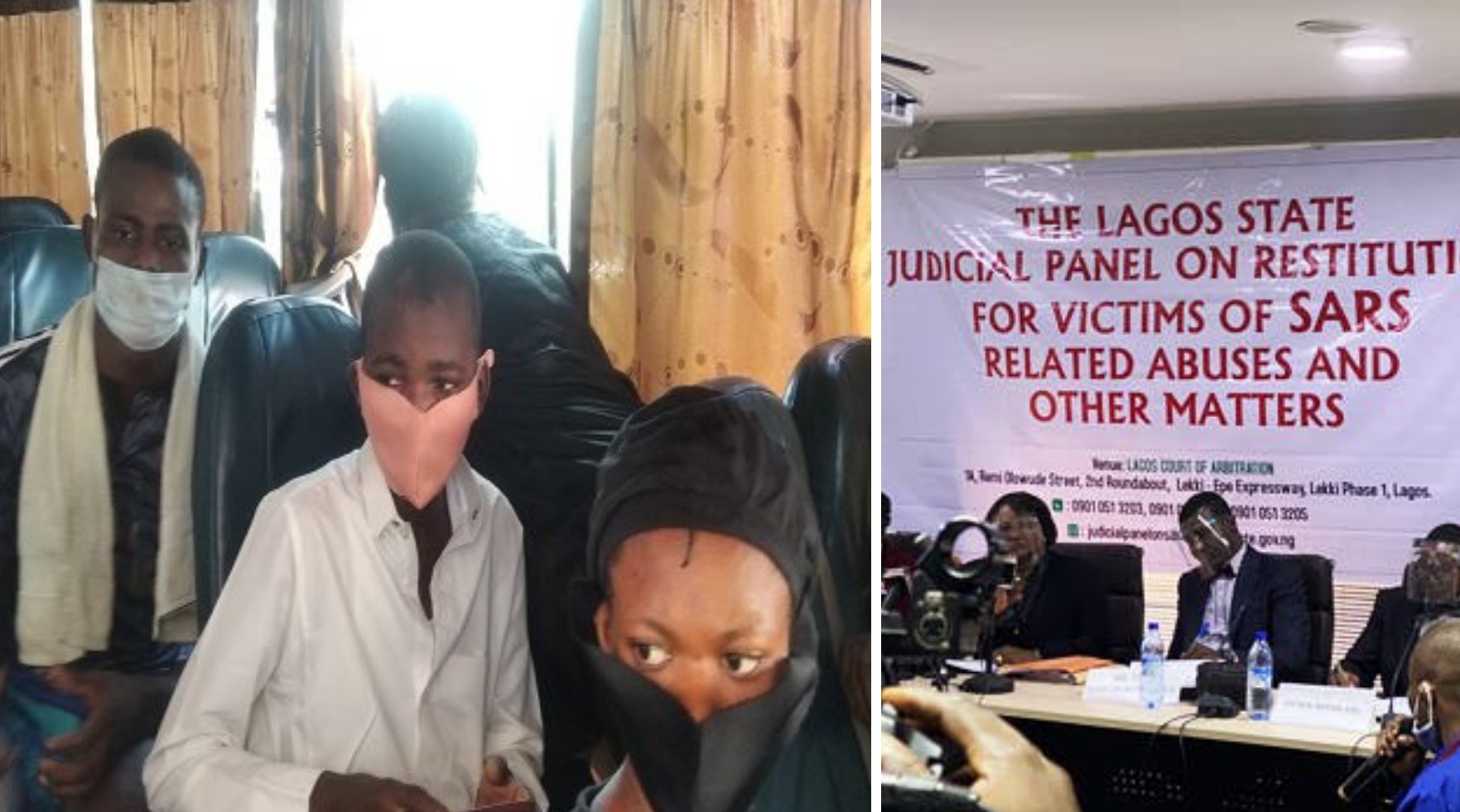 Fifteen (15) protesters who suffered gunshot wounds during the #EndSARS protests in Lagos have visited the Lagos State Court of Arbitration and Mediation in Lekki, venue of the Lagos State Judicial Panel of Enquiry and Restitution for Victims of SARS related abuses and other matters.

In their entourage was Mr Nathaniel Solomon, whose younger brother Abouta Solomon was said to have been shot dead at the toll gate.

The deceased has since been buried in his hometown in Mubi Local Government Area of Adamawa State, and Aiyedungbe Olufunmi Grace, whose brother died at LASUTH after suffering gunshot wounds to the head.

Grace said that after her brother’s death, the hospital authorities changed the story and said he died of COVID-19.

It would be recalled that the Nigerian Army denied allegations that it shot at peaceful protesters, saying it merely fired blanks into the air to disperse stone throwers.

Over 70 corpses Of #EndSARS protesters are unclaimed – Femi Falana…