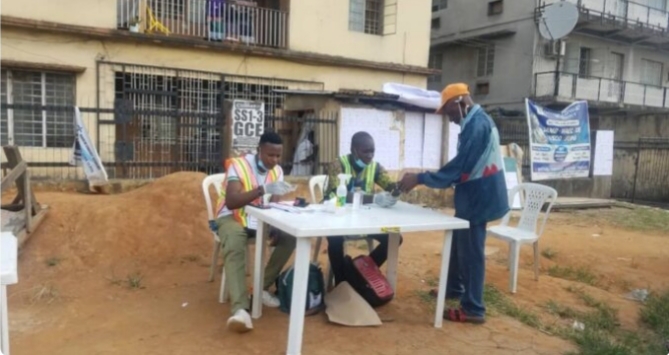 Emerging reports revealed that there is a low turnout of voters in Shomolu and Kosofe local government areas of Lagos state.

Some polling units (PUs) in Shomolu and Kosofe LGAs started voting around 9am but witnessed a low turnout of voters.

It was learnt that twelve candidates are contesting to fill up the Lagos east senatorial seat at the national assembly which became vacant after the death of Adebayo Osinowo in June, 2020.

According to the polling officer of PU 23 in Shomolu, “Only five voters have registered so far since 8am. People are not coming out and the election ends by 2:30pm.”

Also, at PU five in Shomolu LGA there was only one voter while at PU 22, there was no voter.

“I haven’t recorded any voter at all. I don’t know why people are not coming out”, the polling officer of PU 22 said.

There is vehicular movement around the two LGAs and residents are going about their normal business despite the restriction of movement by the police in the area.