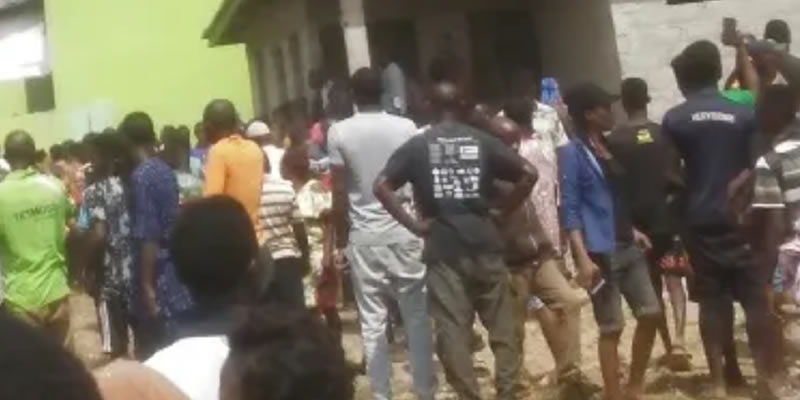 Tragedy as a middle-aged man identified as John Amoo reportedly died mysteriously after stabbing his co-tenant to death in Osun state.

WITHIN NIGERIA gathered that the middle-aged man, Amoo stabbed one Oyeyemi Adeleke to death at Awosuru Area, Osogbo on Wednesday evening.

According to report, Amoo destroyed the car of the landlady before he was found dead in the house after he stabbed his co-tenant.

A source who prefers anonymity disclosed that Amoo was not mentally balanced and he put up strange behaviours sometimes.