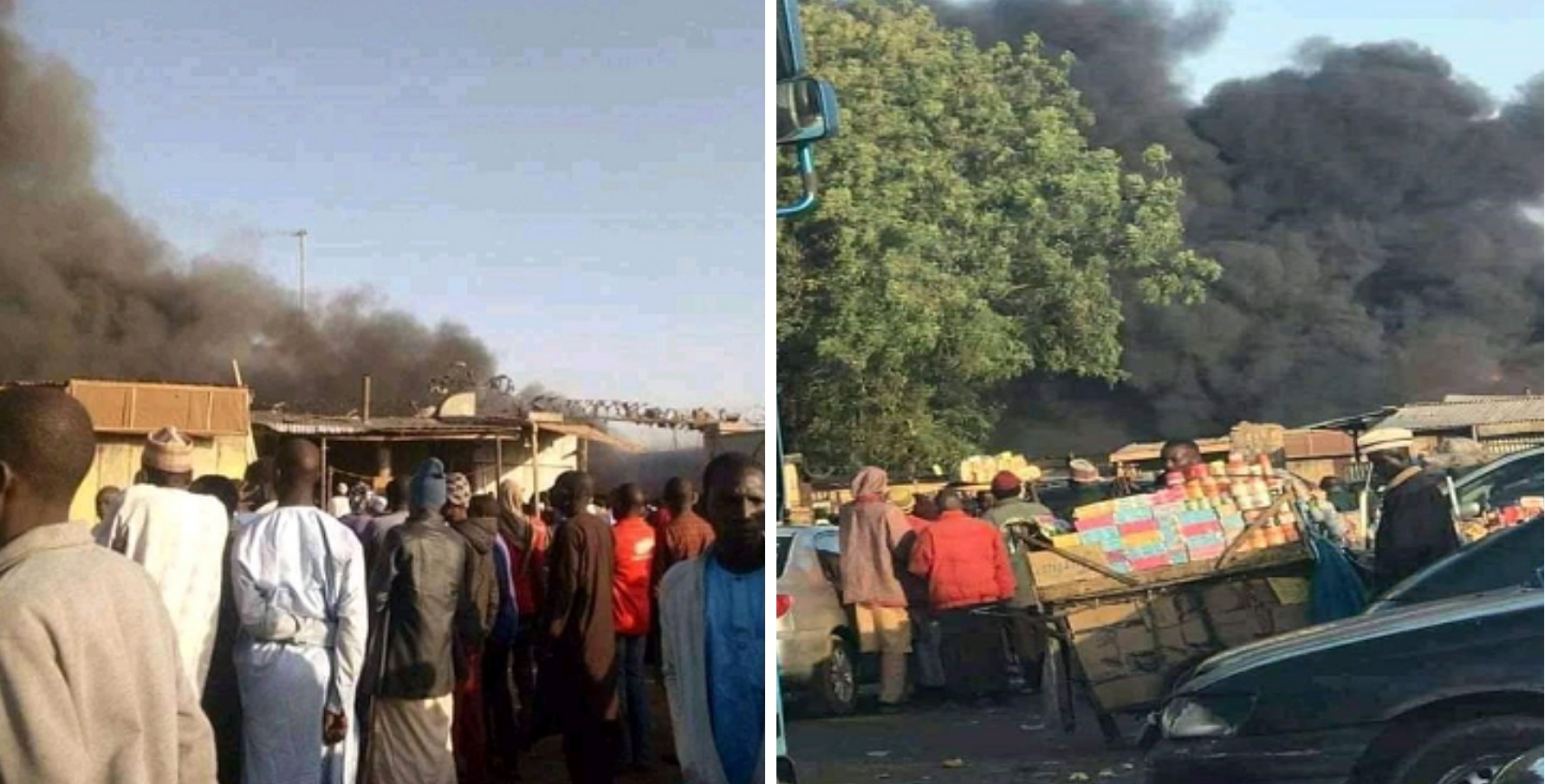 It was gathered that the inferno started around 6 a.m. and continued to ravage shops at the market till midday, as some yet to be affected traders trooped to evacuate their goods before the raging fire reached their shops.

Sokoto State Deputy Governor, Alhaji Manniru Dan’iya, who was at the scene, sympathised with the victims and assured them of more efforts to end the fire.

Dan’iya said the source of the incident and level of damage could not be ascertained at present and urged people to remain calm as the efforts continue.

It was, however, observed that attachment shops and other illegal structures erected at the market roads prevented fire engines good access to affected shops in the market.

Bulldozers were deployed to remove the temporary and illegal structures in order to facilitate more access to fire engines and officials.

A trader, Muhammad Bawa, told NAN that he lost goods worth N2 million as he could not remove anything from his shop.

Scores of sympathisers and relatives of traders besieged the market to offer help, even as police apprehended some looters who were caught stealing from the shops.