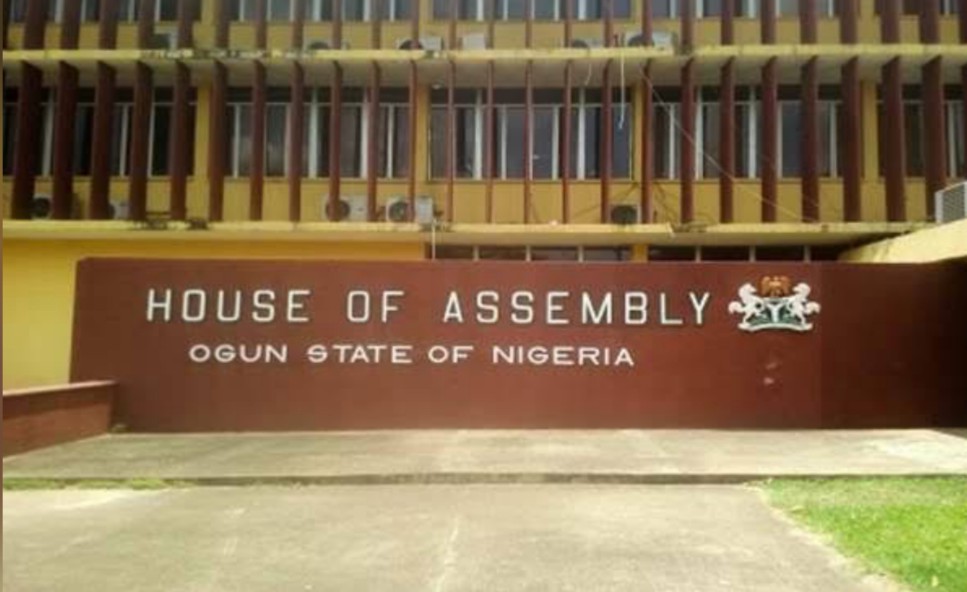 Suspected Hoodlums have broken into the Ogun State House of Assembly complex.

It was learnt the suspected hoodlums attacked the office of the Speaker of Ogun State House of Assembly, Olakunle Oluomo, and carted away the assembly’s mace.

Journalists were denied access by security agents into the assembly complex.

Oyeyemi, who described the incident as unfortunate, said it is being investigated.

According to the PPRO, the hoodlums broke into the house through the ceiling and removed the mace.

However, he disclosed that the head of the mace had been recovered by the police but no arrest has been made.

Oyeyemi, however, said no arrest had been made but the police were on top of the matter to unravel the case.

“Yes, there is an unfortunate incident today in the assembly complex. The hoodlums broke into the assembly through the ceiling, and removed the official mace of the house,” he stated.