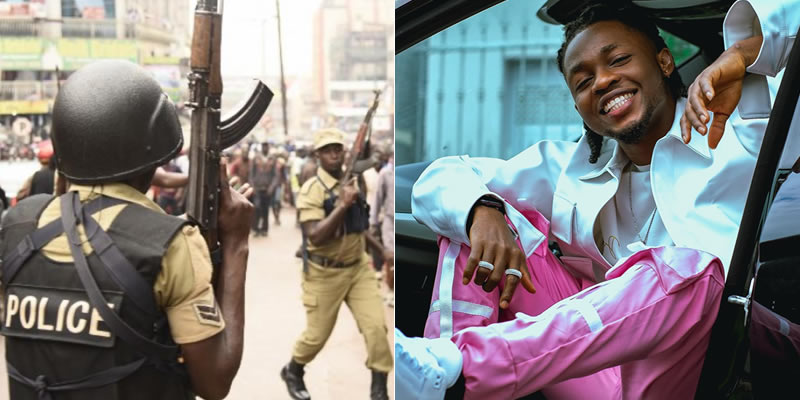 WITHIN NIGERIA learnt that the KeyQaad and Warner Music artist had performed last night at a concert held at Speke Resort Munyonyo before he was arrested.

The Singer also shared photo from the event, during his electrifying performance at the concert, on Instagram.

However, news broke out from multiple sources including police officer’s social handle that the singer is currently cooling his feet in the custody of security operatives.

Assistant Superintendent of Police and Deputy Police Spokesperson of Kampala Metropolitan Police, Luk Owoyesigyire, who confirmed the singer’s arrest via a tweet on Sunday did not disclose his offence, however, he promised to reveal details later.

According to Owoyesigyire, the manager of the venue where the singer performed, one Dungu Ivan and the Events manager Prim Kasana were also arrested and are in custody.

Nigerian Artist Omah lay has been arrested by katwe police , the manager of the venue one Dungu Ivan and the Events manager Prim Kasana are also in custody .
More details to follow

Ugandan journalist, Canary Mugume also confirmed the report in a tweet at 4:19 pm.

Mugume wrote, “Just in: Nigerian Artist Omah lay has been arrested by Katwe police, together with the manager of the venue where he performed from last night; Dungu Ivan and the Events manager Prim Kasana, all are in custody”.