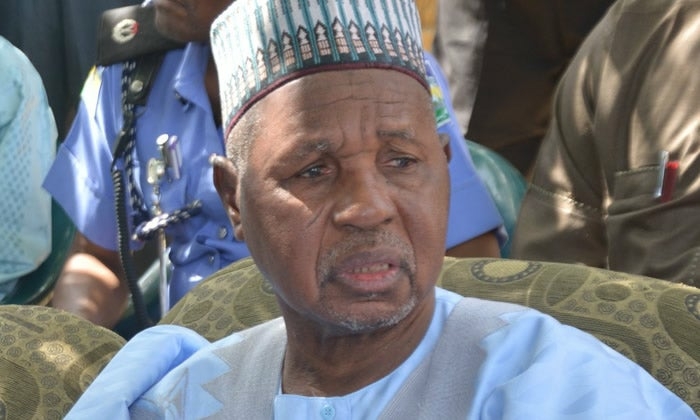 Over 300 students missing following an attack on Government Science Secondary School, Kankara, Katsina have been confirmed by the governor of Katsina state, Aminu Masari.

Recall that security sources had earlier disclosed that over 300 students were unaccounted for after the attack.

The governor when he received a federal government delegation led by Babagana Monguno, national security adviser on Sunday said 333 students are still missing.

“Based on the available records, we are still searching for 333 students through either the forest or their parents to ascertain the actual number that have been kidnapped,” the governor said.

“We are still counting because more are coming out from the forest, and we are calling those parents that have phone numbers to find out whether or not their children have gone back home.

“As a government, we are yet to be contacted by any group or person responsible for the kidnap of the students.”

Gunmen had invaded the school on Friday night, shooting into the air to scare away people in the area.

The school is said to have a population of around 800 students, and according to the police, when the gunmen attacked, some of the students scaled the fence to escape.

Isah Gambo, spokesman of the Katsina police command, had earlier said 200 students were rescued as of Saturday morning.

On Saturday evening, Garba Shehu, spokesman to President Muhammadu Buhari, said the armed forces had located the hideout of the bandits in a forest.

The president, who directed security agencies to ensure the rescue of the abducted students, urged parents whose children fled home during the attack to notify the school.

Meanwhile, Mohammed Adamu, the inspector-general of police, has also ordered the deployment of additional forces to Katsina to assist in rescue operations.

“The deployment, which includes personnel from the Police Tactical Squads and crack detectives from the Force Intelligence Bureau, will provide investigative support to the Katsina State Police Command,” a statement by Frank Mba on Saturday, read.

“They are also to work in sync with the military and other law enforcement agents in coordinated efforts aimed at rescuing the students, hunting down the perpetrators and bringing them to book.”