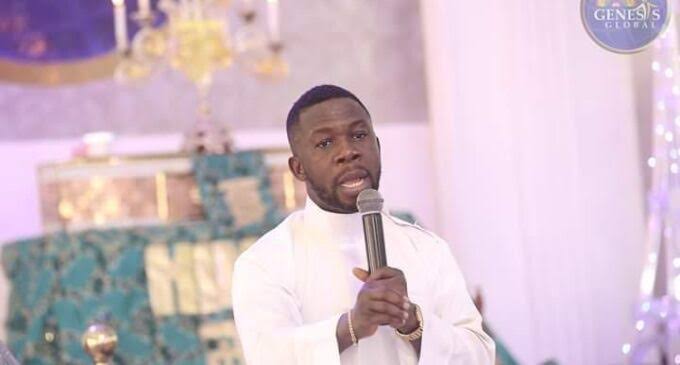 An Ikeja high court has rejected the post-conviction bail application filed by Israel Ogundipe, shepherd-in-charge of Celestial Church of Christ, Global Genesis Parish, Lagos, who was sentenced to two years imprisonment for fraud.

Recall that a Lagos state high court had convicted Ogundipe for defrauding Olaide Williams-Oni, a UK-based woman, of N17 million.

Before the conviction, the pastor had been on trial since 2011, for seven counts of obtaining by stealing, inducing delivery of money by false pretence, unlawful conversion of property and forgery.

According to NAN, Ogundipe, who cited health grounds, asked the court to grant him unconditional bail pending the hearing and determination of the appeal of his sentence.

Defending the bail application, Olanrewaju Ajanaku, his counsel, in a 16-paragraph affidavit, said Ogundipe is suffering from diabetes, which requires strict diet and specialised medical attention which cannot be provided in the correctional centre.

Ajanaku also noted that his client was suffering from hypertension, peptic ulcer and unending malaria, before his conviction, which has become worse, making him look pale.

Arguing against the bail application, Rotimi Odutola, the prosecuting counsel, in a counter-affidavit, said during the several years of the trial, the Lagos-based pastor never complained about his health.

Odutola argued that if Ogundipe’s health status requires special medical attention, the correctional centre will carry out a referral without informing anyone.

“It is now he is alluding to facts about his alleged state of health now that he has being in custody for barely three weeks.” Odutola said.

“Indeed, if his health status truly requires treatment, the correctional centres also have a procedure for referral where an inmate’s health case so demands without the prompting of anyone.”

Olabisi Akinlade, judge of the Ikeja high court, dismissed the bail application and ordered the Lagos-based pastor to continue serving his sentence at the Kirikiri correctional centre.

Akinlade, in the ruling, said Ogundipe had not proved his case to persuade the court to grant him bail.