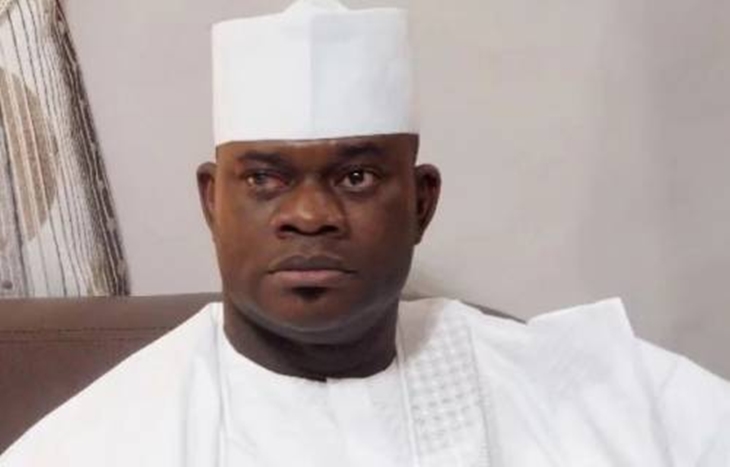 The Executive Governor of Kogi state, Yahaya Bello has stated that there will be improvement in the area of security if politicians can do away with thugs.

This statement was made by the Kogi state governor when he featured on Sunrise Daily, a  Channels Television programme.

Bello said before he came to power, people in Kogi believed no one could win election without relying on thugs.

The governor said he broke the jinx during his first term and the people also reelected him.

“When politicians stop the use of thugs, touts, or some group of criminals that is when we will begin to have safety and security,” he said.

When asked to comment on a statement attributed to him on the use of thugs for winning elections in Kogi, Bello said he was not referring to his own time.

“I won my election free and square. Police, the DSS, the military, law enforcement agencies and the intelligence world have their facts,” he said.

“You see, don’t listen too much to the lies and falsehood peddled on the media. That’s why most times when those things are going on, I simply laugh.

“Prior to now, Kogi state is a state you can’t become anything, you can’t win any election without aligning yourself with boys. Some people call them thugs, some call them touts. I say the reverse was the case in my own election and re-election.

“There’s no where in my campaign that you’ve ever heard that any of my supporters or followers destroyed billboards, signposts.”

The governor said truth will prevail on the death of a PDP leader during his re-election bid.

“Some people might even allude to the unfortunate incident that led to the death of the PDP women leader in one of the local governments,” he said.

“Investigation is still going on and I promise you I’m going to prosecute that case to the letter to prove who I am.

“And the information out there is completely false but when the truth comes out, we will equally make it public.”