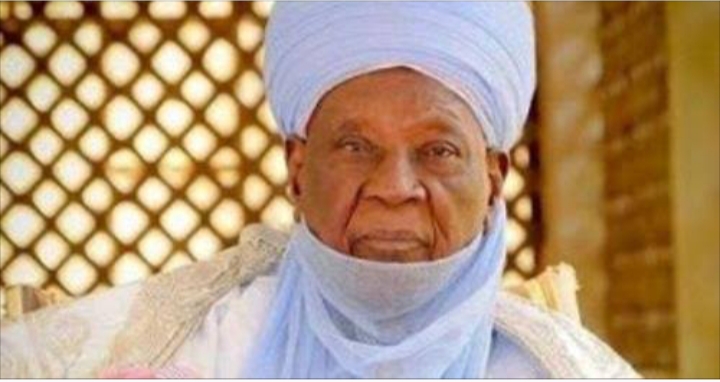 Alhaji Umar Faruq, the Emir of Daura has reportedly lost his younger brother, Abdullahi Umar in an auto crash.

WITHIN NIGERIA learnt that the Emir’s younger brother, Umar died in a ghastly road accident along Katsina/Daura Road on Sunday along with his two friends.

It was also learnt that the Emir of Daura was condoled by Governor Aminu Masari over the loss when he visited Daura.

The state governor, Masari was accompanied on the trip by the Special Adviser on Higher Education, Dr.Bashir Ruwangodiya, among other top government officials

The Governor was received at the Emir’s palace by the Emir Umar Faruq Umar, the state Attorney General, Barrister Ahmed El-Marzuq, and Ambassador Adamu Sa’idu.

Governor Masari also visited the residences of the other two deceased persons where he condoled with their families.

He prayed to the Almighty Allah to shower his mercies on the souls of the deceased and give their families the fortitude to bear with the loss.

Late Abdullahi Umar was survived by one wife, eight children, and relations including the Emir of Daura.