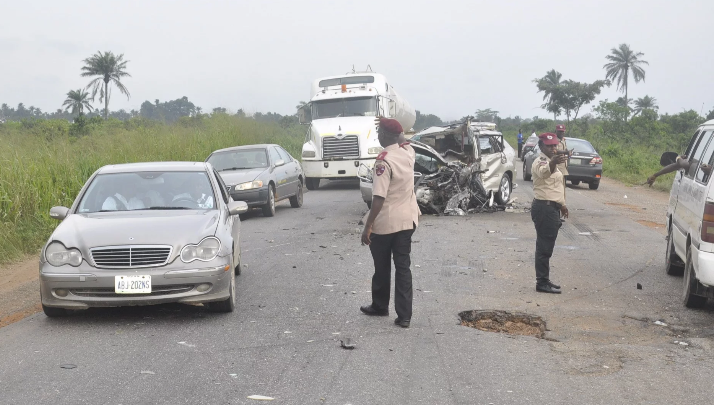 No fewer than five persons have died in an accident along the Mowe axis of the Lagos-Ibadan highway on Wednesday.

According to a report by Daily Post, the road crash occurred around 2:45 pm at Danliti U-turn, involving a truck marked, APP 397 YA and a Mazda bus registered as, EPE 575 XA.

16 persons, including a toddler, were said to have sustained injuries in the accident that involved 21 persons – 14 males and 7 females.

The dead bodies, according to him, were taken to Idera Private Morgue.

“According to eye witness accounts, both vehicles were inbound Lagos, when, in an attempt by the low bed truck to make a u-turn at Danliti, the Mazda bus, which was coming from behind rammed into the truck due to reckless driving, fatigue and loss of control,” he told newsmen in Abeokuta, the Ogun State capital.

While sympathising with the family of the victims, TRACE Corps urged drivers to desist from reckless and excessive speed, advising them to always have enough rest before embarking on any journey.