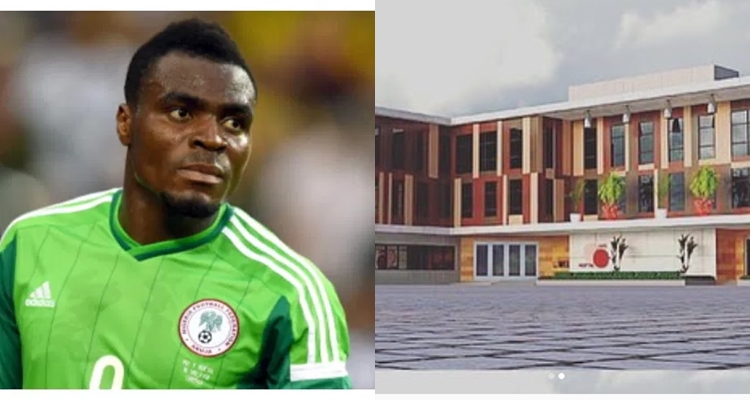 Super Eagles legend, Emmanuel Emenike has made people happy in a big way after he recently completed a world class hospital in his hometown.

Despite retiring from international football in 2015, the former Super Eagles striker, has fulfilled his promise to the people of his home town in Imo state.

The two-story building is located along the highway which can be accessible to people to have quality health services.

In a video shared on social media, the striker along with his friends were taken to the site of the hospital and Emenike seemed satisfied with what he saw after money well spent.

All is now set for the building to be commissioned and begin operations as well as meeting the health demands of the ordinary people.