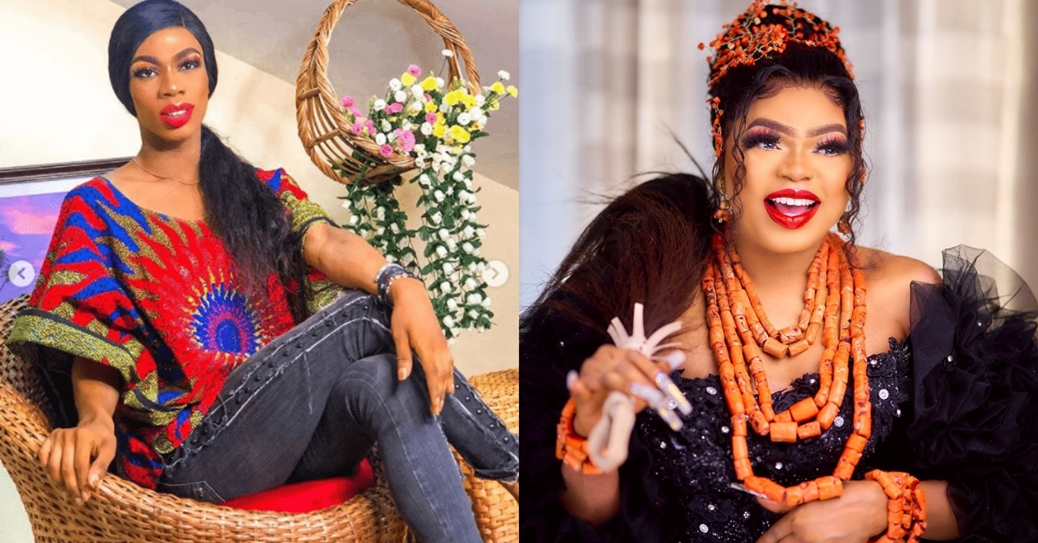 As the dispute between popular personalities, Idris Okuneye, aka Bobrisky, and dancer, James Obialor, better known as James Brown continues to linger, more light has been shed about the issue.

Recall that during the week, Brown stated that Bobrisy had threatened him to stop copying his contents. Shortly after the self-acclaimed drag queen narrated the story on social media, his Instagram account was deleted.

In a fresh interview with Sunday Scoop, James Brown stated that Bobrisky had made himself his enemy.

He said, “I was shocked, I was not expecting it (the threat). Bobrisky actually called and threatened me. He just kept shouting. He said I should stop posting my content or he would send me to prison. He said he was the one that gave me N100, 000 when I needed help and he would make sure they beat me up in Lagos State. Before now, he had blocked me some months ago but I had no issues with it and I had apologised to him. But now, he has made it clear that we are enemies and I have to watch my back.”

The dancer also insisted that he did not like being compared with Bobrisky. He said, “I hate being compared to Bobrisky. I admire everything about him because he is vibrant but I prefer being compared with an American Internet personality, James Charles, who has over 25 million followers on Instagram. I am big and I have good content. Also, I am not a cross dresser but a drag queen.”

Recalling how he became a social media personality, the drag queen said, “I become more active on social media because I understand that Nigeria is tough and the only way I can help is by giving people pure entertainment. People call me all sorts of derogatory names, including ‘gay’ and ‘homosexual’ but they don’t get to me because I have a goal, which is to help the poor.

“The only way I can do that is by making money through want I know how to do best. This is an adventure for me. I am not a graduate but I am working towards being one. I have been doing online schooling and tutorials.

“Because of my personality, I cannot attend a public university. The same way I am enjoying what I do is the same way I am facing the consequences. In the past, I could not afford some things but now, I can do that. Some people need someone controversial to advertise for them and I had to tap into that. I added more energy to my content and became more creative.

“Most of my ideas are beginning to pay off. I know that my audience wants me to be extremely crazy and at the same time reasonable.

“Regardless of what I am doing, I would always be a man and eventually get married to a woman. I have always had an effeminate character. The first time I dressed like a girl was when I was five years old, and it was for a cultural presentation. I cannot steal engage in Internet fraud (yahoo yahoo), or prostitution. I can only make people laugh. I am a man and this is only an adventure that would end some day.”