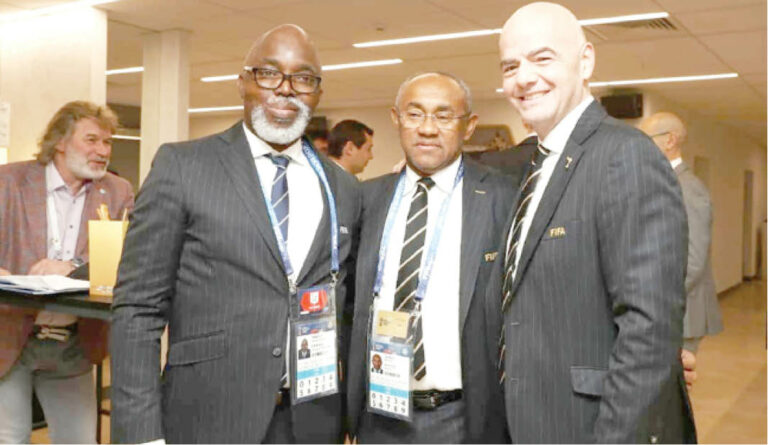 Amaju Melvin Pinnick, President of Nigerian football federation, has been cleared by FIFA to contest in the FIFA Council elections.

In November 2020, Pinnick announced his intention to contest for a seat on the FIFA council following speculations that he will not run for the next Confederation of African Football (CAF) presidency.

In a letter dated January 26, the Chairman of the FIFA Review Committee, Mukul Mudgal, informed Pinnick of his eligibility for the position.

“We refer to our correspondence dated 18 November 2020 regarding the subject matter. In this regard, we kindly inform you that the Review Committee has declared you eligible for the position of member of the FIFA Council,” the letter read in part.

The FIFA Council is the highest decision-making body in world football.

He became the chairman of Delta State football association, before becoming an executive member of the Nigeria Football Federation and is presently leading Nigerian football as the president of the NFF.