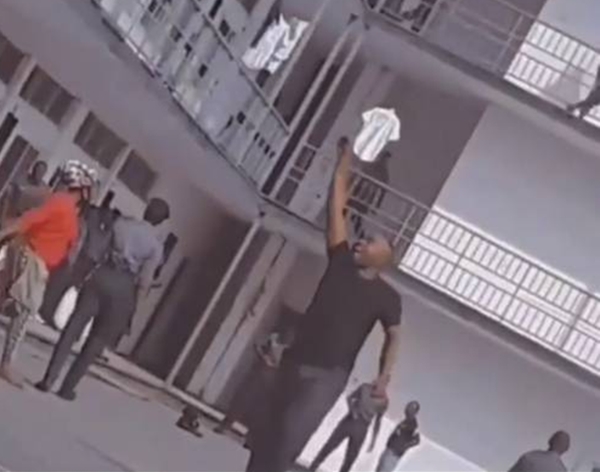 Jubilation, Dancing In Military Barracks Over Sacking Of Buratai, Others

After the news of the sacking of former service chiefs was announced on Tuesday , some personnel of military barracks across the country, broke into jubilation.

A 20-second video showed the moment some personnel of the Nigerian Navy in their barracks believed to be in the Federal Capital Territory, Abuja, screamed and danced over the development.

Sources told newsmen that there was also jubilation in some army barracks across the country over the announcement.

TY Buratai: Why the phones are still ringing

It will take 20 years to address security challenges in Nigeria, says…

Although Buhari said on Tuesday that he accepted their resignation letters, the Defence Headquarters, Abuja, already clarified in the past that the military chiefs could not resign and had to be laid off by the Commander-In-Chief.

Buhari had on July 13, 2015, appointed Olonisakin, Buratai, Ibas, and Abubakar.

In a State House press release on Tuesday, Buhari’s Special Adviser, Femi Adesina, said the new service chiefs were Major-General Leo Irabor as the CDS, Major-General Ibrahim Attahiru as the army chief, Rear Admiral A. Z. Gambo as the naval chief and Air-Vice Marshal I. O. Amao as the new air chief.

“People dey happy say they don change CNS o,” one of the navy personnel said in the video.

“Who will not be happy that they were replaced? It was long overdue, they had become principalities and they had stagnated the career progression. I don’t think they resigned. They were fired. The three service chiefs were supposed to visit the Ministry of Defence headquarters, Ship House, on Tuesday afternoon but the meeting was cancelled in the last minute when the announcement filtered into the country,” a Ministry of Defence top official told SaharaReporters.

Also, Buratai is the longest serving COAS since 1999. The closest to him was Lt.-Gen. Azubuike Ihejirika (retd.), who spent three years and four months in office; between September 2010 and January 2014.

Ibas is also the longest serving CNS since 1999, while the closest person to him was Vice Admiral S. O. Afolayan, who served for four years, between 2001 and 2005.