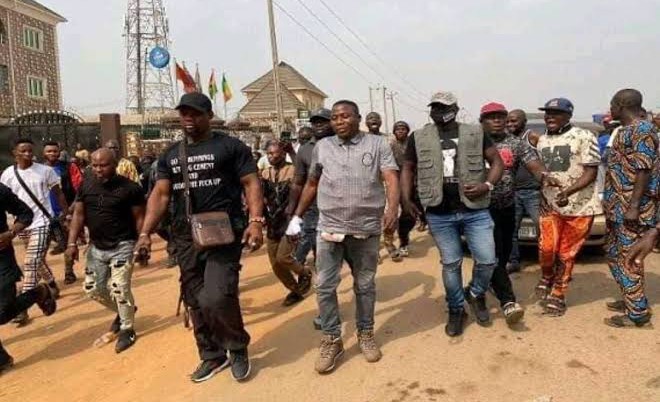 The Gofundme fundraiser was initiated on Wednesday by one Maureen Badejo.

The purpose of the fundraiser is stated to be for the “Purchase of buses for Sunday Igboho.”

About 261 people have just made a donation as of the time of this report.

Badejo, the organiser, gave her location to be a town called Luton in England.

Kunle Makinwa who donated £50 stated, “Am an Oodua tokantokan, we will get by the grace of God Almighty.”

Oluseyi Soledolu who gave £10, wrote, “I donated for a good cause.”

“I donated because I am a Yoruba woman and want peace in my part of the country,” wrote Sidikat Tope Olufowobi who donated £200.

Sunday Igboho had said he would embark on a tour of Southwest states of Nigeria in a bid to flush out killer herdsmen in the region, after an initial outing in Ibarapa, Oyo State a couple of weeks ago.

So far, he has been in Oyo and Ogun states.