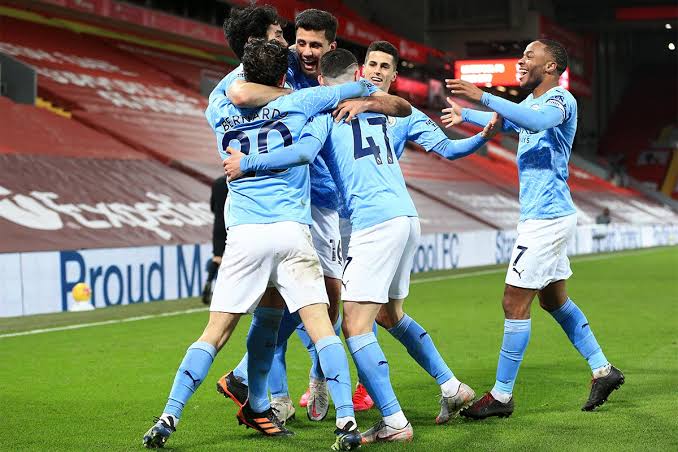 Mohamed Salah’s penalty had cancelled out a close-range opener from Ilkay Gundogan, who had earlier blazed over from the spot, during a frenetic second half at Anfield.

However, Alisson twice made mistakes with the ball at his feet, presenting passes to Phil Foden and Bernardo Silva, who found Gundogan and Raheem Sterling respectively to put City 3-1 ahead.

Foden fired home an emphatic fourth to cap a clinical performance from Pep Guardiola’s side, who are five points clear of second-placed Manchester United after condemning Liverpool to a third straight home defeat.

Alisson is the first Liverpool goalkeeper to make two errors leading to a goal in a game since Loris Karius in the Champions League final.

The win took City’s tally to 50 points and are five points ahead of Manchester United with a game in hand.