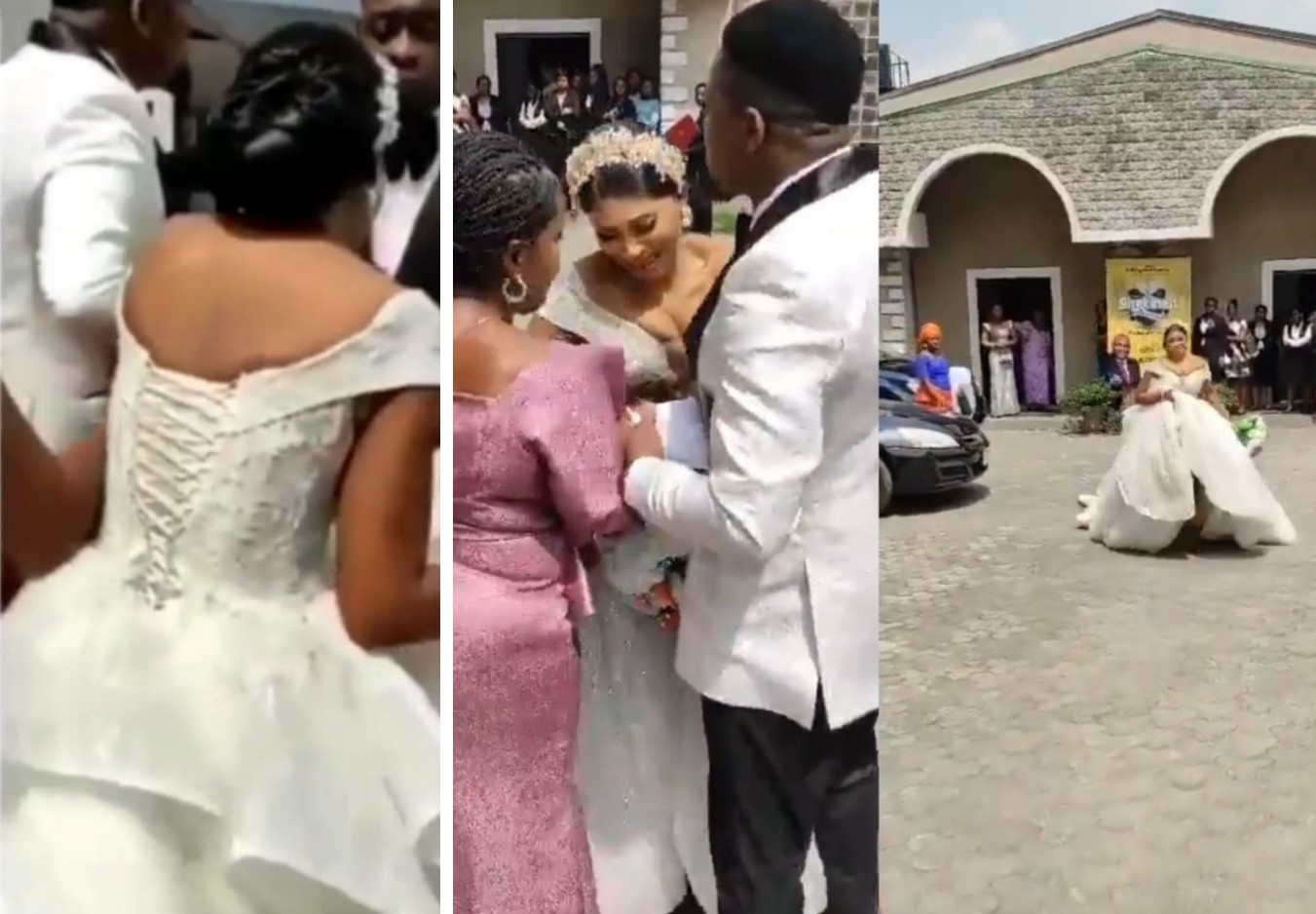 There was a mild drama and atmosphere of confusion at the Fulfilling World Foundation Church, Port Harcourt, Rivers State, on Saturday as the senior pastor of the church, Essay Oggory, refused to wed a couple after they arrived 5 minutes late to the venue of their wedding.

In a trending video, the pastor was sighted walking out on the couple.

Families, friends, and well-wishers of the couple, who were at the church for the occasion, were left in shock and tears.

However, the pastor who was said to have returned to join the couple after much pressure, issued a condition that the wedding will hold in his office and not the church auditorium.

The couple rejected the condition and were seen leaving the church premises in their cars.

Meanwhile, unconfirmed sources disclosed that the couple got another person to serve as their officiating pastor.

Since the exchange of vows couldn’t hold in the initial pastor’s church, they did that in a hotel.

“Wedding done back at the hotel with a stand in pastor,” the photographer later gave an update.