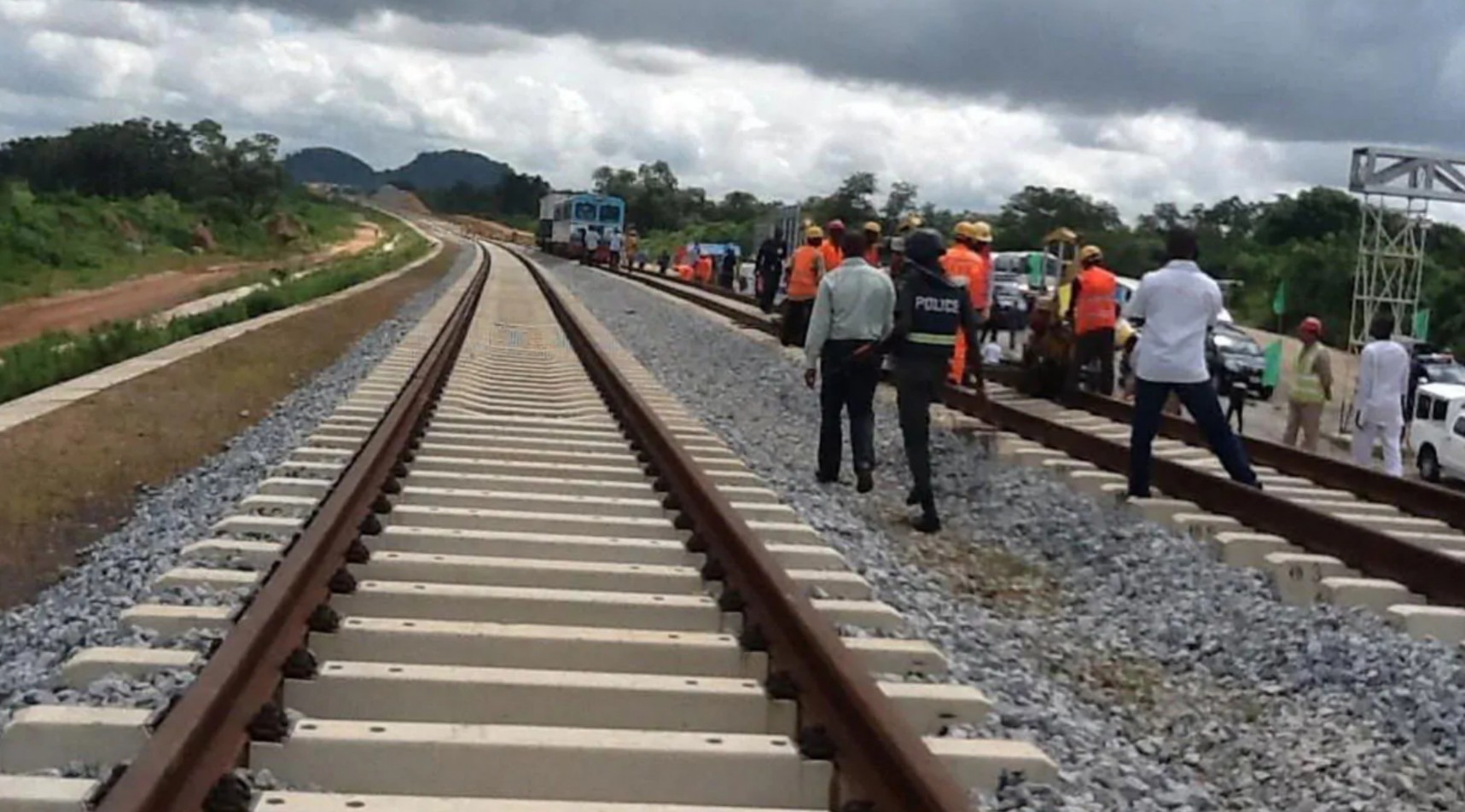 President Muhammadu Buhari has performed the groundbreaking for the commencement of the construction of $1.96 billion Kano-Maradi 284 kilometre standard gauge rail line with a branch line from Kano to Dutse.

Speaking at the virtual groundbreaking, on Tuesday, in Katsina State, Buhari said the commencement of the construction of rail line was vital to the transportation infrastructure in the country.

According to the President, “the rail line traverses the major commercial and administrative centre of Kano and passing through other economic hubs of the country including Kazaure, Daura, Katsina and up to the border town of Jibiya and the Niger Republic city of Maradi.

“The cities of Jibiya and Maradi constitute a significant trading core between Nigeria and the Niger Republic – a tradition dating back many centuries.”

Buhari explained further that “this vital infrastructure line will establish an end-to-end logistic supply chain in railway transport services between Northern and Southern regions of the country, reaching Nigerian southern ports of Lagos and Warri.

“The entire route encompasses territory inhabited by close to 80 million people across 10 states of the country. This project has a branch line to Dutse the capital of Jigawa state to open up this corridor which is endowed with vast resources.

“The Kano – Maradi rail line has been identified as a viable line that will significantly enhance the movement of passengers and freight to the hinterland, especially raw materials from both agricultural and mineral resources for our industries,” the President stated.

He said: “The project, when completed, would serve import and export of goods for the Niger Republic and other countries in the sub-region through Nigerian ports.

“The country would earn revenue through expansion of trade and commerce, while the people of Niger Republic will benefit from the ease of transportation logistics at an affordable cost in their import and export business.

“The connection to the Niger Republic through rail will also foster Trans-Sahara trade and contribute to the expected gains in the African Continental Free Trade Area Agreement.”

Buhari noted that “the construction company handling this project, Messrs Mota-Engil Nigeria Limited is supporting knowledge and technology transfer by investing in the establishment of a learning Institution for Transportation and Railway Science. This is commendable.

“Distinguished guests, this administration, in clear recognition of the challenges posed to our economic growth by the absence of strong and effective infrastructure, has remained consistent in her effort at closing this gap.

“We have in the rail sector embarked on the completion of the 1,424 Kilometre Lagos – Kano rail line to join the one being flagged-off today for the country’s Western axis.

“On the Eastern corridor of the country, the Port Harcourt – Enugu – Makurdi – Maiduguri rail line with branches to Owerri, Imo state and Damaturu, Yobe state have been awarded for reconstruction to include a deep sea port in Bonny Island and a Railway Industrial Park in Port Harcourt with the objectives of achieving a vibrant and functional railway infrastructure in the Eastern part of the country.

“The Federal Ministry of Transportation and Ministry of Finance have been directed to vigorously act on engagement and concluding a financial arrangement with appropriate co-financiers to partner with the Federal Government for the development of the West–East Coastal rail line from Lagos to Calabar and linking Onitsha, Benin, Warri, Yenegao, Port Harcourt, Aba and Uyo.

“Furthermore, the contract for the important Central Railway traversing Itakpe – Baro – Abuja with connection to Lokoja and a new seaport in Warri has been signed and is expected to achieve an appreciable level of completion during the tenure of this administration.

“I believe, when all these initiatives of our Administration are realized, the country would have overcome the infrastructural deficiency in the transportation sector.

“Businesses will be able to take full advantage of the availability of an affordable and effective transportation backbone that can transform industrial and economic activity to a higher level. I also enjoin our private sectors to invest and participate in the realization of these very promising economic opportunities,” Buhari explained.

It will be recalled that the 1.96 billion rail project was approved by the Federal Executive Council (FEC) in September 2020.