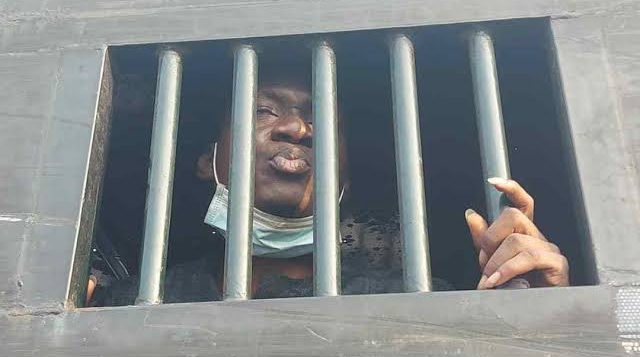 Hakeem Odumosu, the Lagos State Commissioner of Police has directed the immediate release of protesters arrested at Lekki Toll Gate.

Recall that the police had earlier arrested popular comedian, Mr Macaroni and other protesters at the Lekki toll gate.

In other news, WITHIN NIGERIA reported that Armed police officers deployed to the Lekki Tollgate Plaza have arrested about a dozen protesters, the first batch to arrive at the tollgate.

The protest, tagged #OccupyLekkiTollgate, scheduled to begin at 7 a.m. Saturday, was against the reopening of the tollgate.

Another group of protesters, who tagged theirs #DefendLagos, had also planned to gather at the site at the same time, threatening the former group to stay away.