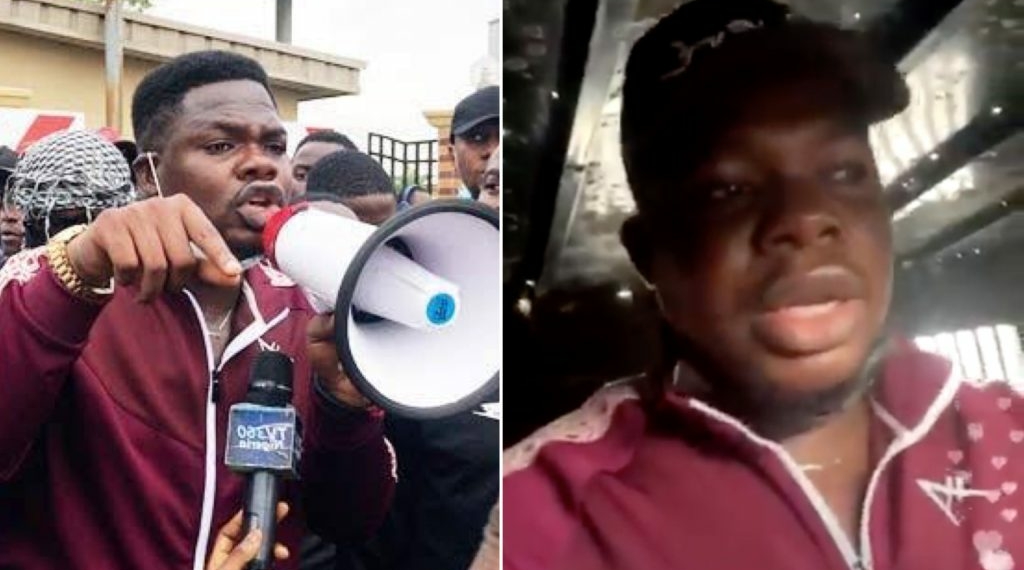 Comedian Mr Macaroni has narrated what transpired at the police custody on Saturday.

He said they were told that they would be shot in a tweet on Sunday.

The 28-year-old began by thanking everyone who spoke out to aide their release.

In another tweet he said, “When we were picks up, we were taken to Adeniji Where we were beaten, we were stripped naked, everyone was beaten.

“If word was not out that people were already being arrested people would have died clean and clear. They were telling us that we’ll shoot you nothing will happen, if it was night all of una for don die.”

Mr Macaroni and the other protesters were arrested on Saturday morning for protesting at the Lekki toll gate.

The protest was held to show displeasure with the decision of the Lagos State Judicial Panel of Inquiry allowing the Lekki Concession Company to reopen the Lekki tollgate.

On Saturday night the spokesman for the Lagos State Police Command, Muyiwa Adejobi told The Punch that Mr Macaroni and the others had been granted bail.

A graduate of Redeemers University, Ede, Mr Macaroni had learnt his voice and rallied with #EndSARS protesters against police brutality and bad governance in Nigeria in October 2020.