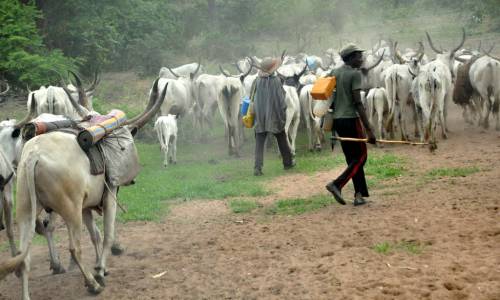 The National Economic Council (NEC) on Thursday asked the state governments to compensate victims of farmers/herders crises, who have lost livelihoods.

The Council, which was presided over by Vice President Yemi Osinbajo, also encouraged states to promote the modernisation of livestock farming.

These were some of the decisions reached during the meeting, which was held at the Old Banquet Hall of the Aso Rock Presidential villa, Abuja.

Two representatives of the Council, Ogun and Kebbi Governors Dapo Abiodun and Abubakar Bagudu as well as Senior Special Assistant to the President on Media and Publicity Office of the Vice President, Mr Laolu Akande, briefed State House Correspondents after the meeting.

Abiodun noted many people suffered losses in targeted attacks and must be made to have a sense of compensation.

He said NEC has resolved there must be public condemnation of hatred against minority groups, as it advised that members of non-indigenous groups should be incorporated into local security groups.

Abiodun said the council also deliberated on ways to better manage forests to deter criminals from inhabiting them for nefarious activities.

He said the council noted it is encouraged and delighted by the outcome of the Nigeria Governors Forum meeting, saying: “Council noted that it is the courage of leaders that will make a change.

“Governors should tell their citizens that there are criminals among the herders, but law-abiding citizens should be protected.”

NEC also affirmed that the sub-Committee on National Livestock Transformation Plan (NLTP) developed by the council is voluntary.

Abiodun added: “Every States must have a choice on how it wants to implement it.

“Council also noted that forest has become a hide-out for criminals and said nobody should live in the forest. Governors in Southern States should visit the Northern States in crisis.

“Governors should develop a plan to deescalate tension and implement it faithfully to diffuse tension. Council generally agreed that the principal thing is to de-escalate the tension and take control of some of the narratives to remove fear.”

He said findings indicated there are many ad-hoc schemes, interventions, programmes but poorly coordinated and without holistic agenda or framework to address poverty, frequent policy changes and inconsistencies in implementation of projects and programmes, good ideas without coherence or holistic agenda, poor adaptation to beneficiary needs, and limited scale of operation/ coverage, among others.