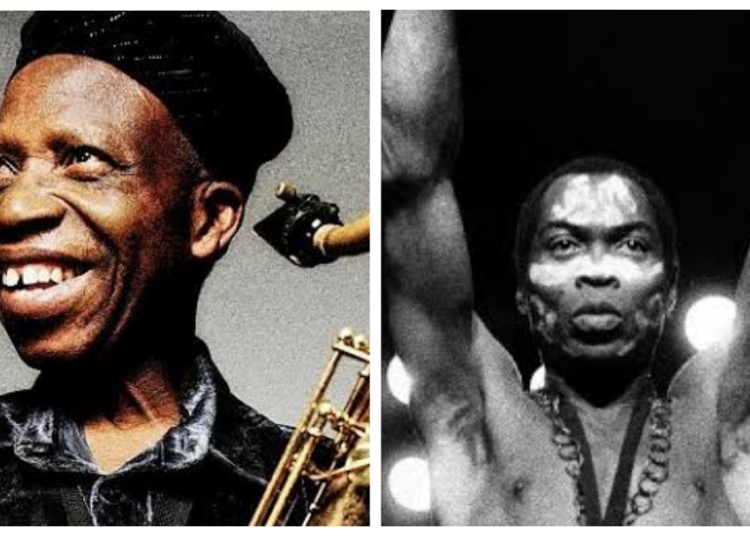 Death is certain. No one will live forever. No matter how long we live, we will surely die one day. But it is important that we live a life of value and for the people that would create seamless memories after we exit this world. A philosopher, George Eliot once said “Our dead are never dead to us, until we have forgotten them”.

This tells us that there is definitely life after death. Out of all postulations about life after death including the religious views, the most proven one is whatever you do before the final whistle would live after you. Not all humans have privileges to attain their desired positions in life. Some people were not opportuned to take shot at their dreams while many people died fulfilling their dreams. Like the very few privileged to achieve their dreams, Nigerian saxophonist, singer, bandleader and songwriter, Aremu Olusanya Ekemode popularly known as Orlando Julius who died at the age of 79 was no different.

Many ardent supporters of Orlando Julius do not know that he is a native of Ijebu-Ijesa, Osun state because he was born and raised in Ikole, a community in Ekiti state. Despite being raised in a poor and stud setting, he rose to fame through consistency, determination and hardwork. From Eddy Okonta to Flamingo Dandies to highlife musician Jazz Romero to Rex Williams, the Ijebu-Ijesa born star patiently learned the business of music, consistently redefined moments for the kind of music he wants to be known for. Orlando Julius, a gifted singer exposed himself to a lot of trainings, bought records of any horn-based music he could and created a different niche of alluring patronage.

Aremu Olusanya Ekemode popularly known as Orlando Julius was also a school-dropout. He could not complete his studies at St. Peter’s Anglican School in Ikole after his father died in 1957. Unlike many young boys of nowadays who divulge into crimes over loss of breadwinners, Orlando Julius did not tow the path. He worked at a bakery for years and did not let go of his ambition. The harder life treated him, the more he pursued his dreams and the native of Ijebu-Ijesa, school drop-out and one of Nigeria’s fathers of Afro/Highlife music died after taking his music across continents. What a purposeful life he lived.

Aremu Olusanya Ekemode popularly known as Orlando Julius is a native of Ijebu-Ijesa. Orlando Julius was born in 1943 in Ikole, a town in Ekiti state. He completed his primary school education in Ikole-Ekiti. He also went to St. Peter’s Anglican School in Ikole and played in the school band before he dropped out of school following his father’s demise.

Orlando Julius married two women in his lifetime. WITHIN NIGERIA gathered that he did not marry the two women at the same time but we could not confirm if he divorced his first wife or not.

According to Wikipedia, Eddie Okonta in 1960 invited Julius to join his band. Okonta’s was one of the most popular highlife acts in Nigeria, and together they recorded several songs, performing many gigs, and even opened for Louis Armstrong. He recorded his first single, “Igbehin Adara”, with the Nigerian Broadcasting Corporation the same year. But by then Julius was less interested in playing highlife than “to put traditional [music] that I started with, and add a little bit of horns and guitar, and then do my own thing”. To that end he formed Modern Aces in the early 1960s and began incorporating American pop, R&B, and soul into the African music he grew up with. They played regularly at the Independence Hotel in Ibadan. Fela Kuti would attend Modern Aces performances, and Julius would sometimes bring him on stage to play. According to Julius, it was because of him that Kuti learned to play saxophone.

He had his first hit in 1965 with the song “Jagua Nana”, the name applying slang for Jaguar cars to a woman. On the success of that song they went on tour around west Africa. As new kinds of music became popular in the region, Julius formed new groups to keep up with trends, for example the Afro Sounders and the Evelyn Dance Band. According to AllMusic, his 1966 album Super Afro Soul was a “dramatic, highly melodic incorporation of soul, pop, and funk” which “made him a national celebrity in Nigeria” and influenced American music.

In the 1970s, in post-civil war Nigeria, Julius was disappointed by the state of the music industry. The civil war had a negative impact, but so did the influx of Western music. With a vague sense that something was missing, he decided to travel to better understand production. He traveled through Europe first, and then went to the United States in 1973, where he decided to stay. He took up residence in Washington, D.C., formed a band named Umoja, and played in local nightclubs. A break came when Hugh Masekela attended one of their rehearsals. Masekela had split with his band, Hedzolch Soundz, and formed a new group with Julius, including some members of both bands. They recorded the albums The Boy’s Doin’ It and Colonial Man and went on tour, opening for high-profile acts like Herbie Hancock, The Pointer Sisters, and Grover Washington Jr. Over time, he met and played with several prominent American musicians like Lamont Dozier, James Brown, and The Crusaders. He says they noticed his distinctive style of playing the saxophone in a minor key, owing to the Ijesha way of playing. Though they were successful, he left Masekela on troubled terms, both because he wanted to be a bandleader again and because of disputes over royalties.

He spent time as a session musician in Los Angeles, even taking an acting role in Roots: The Second Generation, before moving to Oakland in 1978. He had always been interested in film production, and once in the Bay area attended film school. He did not stop playing music, however, and met up with others regularly at a small bar, Michael’s Den. Even while in the US, he released music on Nigerian labels, such as Disco Hi-Life in 1979, which John Doran called an “exquisitely balanced hybrid of languid disco and serotonin-drenched highlife”. He began teaching his style of playing to local musicians and formed Ashiko. Though it gained a following, he got tired of being in the teacher role, leading an African band that did not have other Africans, and returned to Nigeria in 1984. He quickly began recording tracks for the album Dance Afro-Beat, leading him to put together the 18-person Nigerian All Stars band. The group started to go on a US tour with the Lijadu Sisters, but it was canceled after just one show because of a misunderstanding that led to the Lijadus never arriving.

Despite his influence, he was not well known abroad until Strut re-released Super Afro Soul in 2000. It was followed by his 1972 album Orlando Julius and the Afro Sounders being reissued by Voodoo Funk in 2011. He began touring internationally and, in 2014, went to London to collaborate with The Heliocentrics. In the English music collective’s analog studio in North London, they recorded new music as well as new versions of older tracks. Together they released Jaiyede Afro in 2014, which charted at number 13 on the Billboard World Albums chart.